Home Picture of the Day The Color Purple 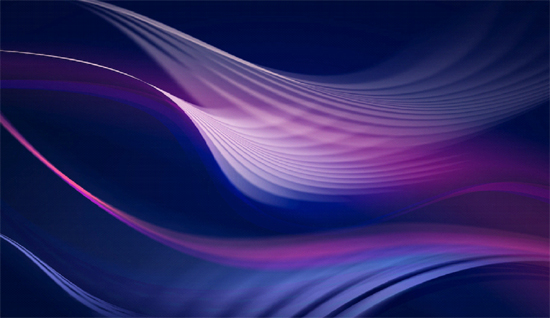 Rediscovering F. A. Hayek’s The Sensory Order has been exciting.

Hayek began his inquiry into the foundations of theoretical psychology in 1919 before specializing in economics (and winning a Nobel Prize in that latter field in 1974). He didn’t publish The Sensory Order until 1952, when he found “with considerable surprise” that theoretical psychology “remained pretty much in the same state in which it had been” 30 years before. He attributed this stasis to “the prevalence during this period of an all too exclusively empirical approach and of an excessive contempt for ‘speculation’.

It seems almost as if ‘speculation’ (which, be it remembered, is merely another word for thinking) had become so discredited among psychologists that it has to be done by outsiders who have no professional reputation to lose.” (Preface, p. vi, 1976 paperback reprint by University of Chicago Press.) Hayek presents the fundamental problem with which psychology is concerned to be explaining the existence of and differences between the sensory order of our minds and the physical or objective order as delineated by the various sciences. It’s the distinction between things as related to us and things as related to each other.

For example, the sensory order classifies colors in a circle: red shades into blue through the color purple. But in the physical order the colors are a short segment of a much longer linear continuum, and purple doesn’t exist. Drawing on the largely physiological investigations of the previous century, Hayek notes that all nerve impulses are identical. A receptor cell discharges its tiny current; the next cell on the path to the brain is thereby stimulated to fire; and so on until the last cell in the brain fires. There’s no continuity in current and no variation in current: cells either fire or not. There’s no transfer of specific information. The only thing that distinguishes one nerve impulse from another is its location with respect to all other nerves.

The sensory order thus arises from relationships of impulses relative to each other. It’s not a manipulation of stimuli carrying information from objects in the physical world but a classification of internal relationships that stand in mutable correspondences to physical relationships. Hayek further notes that these impulses are not isolated. They occur in associations or ‘linkages’ with each other. Any one impulse will have a ‘following’ of other impulses.

This following includes impulses to and from motor nerves and self-sensing nerves (proprioceptors) as well. The impulses become sorted or classified according to followings, groups of followings, groups of groups, etc. A complex network arises of multiple classification, both in a proliferation of classes and in a hierarchy of classes of classes. And this classification mechanism is dynamic: New impulses don’t simply add to what’s there, but the whole network continuously modifies and re-classifies itself.

Hayek points out the dearth of information about how much of this network we’re born with (i.e., is genetically determined) and how much results from learning. But certainly by the time a baby learns to talk, the network is fully functional and further learning consists essentially in modifications or re-classifications of what are literally preconceptions.

Perception and conception, the concrete and the abstract, are merely slight variations in the underlying dynamics of the sensory network. One can as easily perceive gestalts as the individual objects composing them. (As an aside, Hayek mentions that ideas of some specific “nervous energy” that carries information or ideas of some “substance” of which mind is composed are actually materialistic conceptions, whereas his formulation, although based on physiology, is not.)

Truth, or the real, lies not so much in a thing (the “ding an sich”) as in relationships. It must be conceived as a multiplicity: Rather than being a singular order of things-an F(x)-it’s a family of possible orders-F(x sub n). What does this have to do with paradigm shifts? Two things: First, currently accepted theories claim to be objective, but they’re only relatively so: They’re “objectified” re- classifications of sunlit reflections of objects we stumble over in the night. We hear the dogs bark, and we use that association of impulses to build our theories.

But sometimes the dogs seem to bark at nothing. Except for the occasional lightning bolt, we don’t sense electricity. For us, it’s nothing. In our sensory order, it barely exists. If we could sense magnetic fields, as hammerhead sharks apparently do, or electric impulses, as platypuses do, our sensory order-and our image of the objective order-would be quite different. Auroras would extend all the way to the ground, perhaps through the ground. They would connect in space from pole to pole. Venus would appear as a spectacular comet with a writhing tail stretching all the way to the Earth. Perhaps all the planets would be classed as “big comets”. Or perhaps we wouldn’t be able to “see” the planetary surfaces we now see, seeing instead only the boiling tops of their plasma sheaths, and we would think of them as small suns.

The Electric Universe would seem obvious and Newton’s gravity would seem fantastical. Second, the ever-finer distinctions we make among our associations of nerve impulses can result in increased articulation of present classifications (Kuhn’s “normal science”). But it can also result in drastic re-classifications whereby classes of impulses become linked to entirely different classes (Kuhn’s “paradigm shifts”).

This also explains the “incommensurability” of paradigms: A stimulus that energizes a particular group of impulses in one person (the word ‘plasma’ for a mainstream physicist, evoking associations of ‘ionized gas’ and ‘ideal gas law’) will energize an entirely different group of impulses in an electric-universe physicist (‘plasma’ evoking ‘filamentation’ and ‘jets’).

Hayek again (p. 142): “If sensory perception must be regarded as an act of classification, what we perceive can never be unique properties of individual objects but always only properties which the objects have in common with other objects. Perception is thus always an interpretation, the placing of something into one or several classes of objects. An event of an entirely new kind which has never occurred before, and which sets up impulses which arrive in the brain for the first time, could not be perceived at all.”

Hence each of the two physicists may be unable to perceive what the other is talking about. The “bottom line” conclusion of these two aspects of the sensory order is that paradigm shifts are just as inherent in our lives as the color purple.