Home Picture of the Day Earthquake Storms and the Electric Sun

Earthquake Storms and the Electric Sun 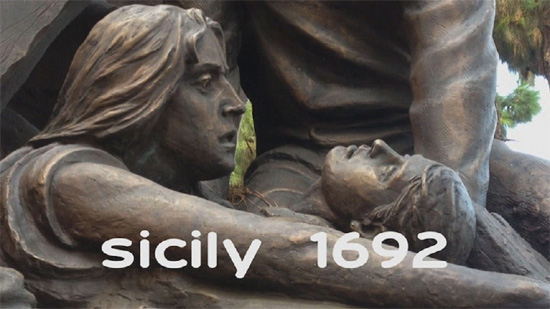 Some four thousand years ago, the civilizations of the world were obliterated by a catastrophic series of events.

Earthquakes are natures deadliest killers! A storm of earthquakes totally buried and destroyed cities throughout the Middle East less than 5000 years ago. Men, women and children were decimated, with famine and plague curiously attending this collapse of civilization.

Doubt this? Then listen to English archaeologist Katherine Kenyon, excavator of both Jericho and Jerusalem: “The final end of the early Bronze Age civilization came with catastrophic completeness. Jericho was probably completely destroyed. Every town in Palestine that has so far been investigated shows the same break. All traces of the early Bronze Age civilization disappeared.”

Could this deadly “earthquake storm” scenario have been repeated in Australia? Aboriginal mythology from the “Bunurong” tribe fearfully records just such a catastrophic event. Writing in 1850, Melbourne’s Governor LaTrobe, a world travelled geologist, noted evidence of ancient massive earthquakes around Maribyrnong. He recounts that in “Wathaurung” (aboriginal mythology), the Yarra once flowed out to Western Port Bay until diverted by an incredible earthquake!

Dating all these cataclysmic dramas is difficult. Schaeffer’s stratigraphical studies of buried civilizations proved there was at least five worldwide catastrophic events followed by lesser echoes down the ages. His conclusion was that these deadly scenarios shaped the ascent of man. Schaeffer maintained that nature’s catastrophes controlled the rise and fall of civilizations. Only arrogant man convinces himself that he is in control of his destiny!

But what do we mean by nature? Some of the latest researches are showing that the Sun not only controls our weather but is responsible for earthquakes. Weather, according to Henrik Svensmark, runs parallel to the Sun’s coronal mass ejections (CMEs) but earthquakes in most cases, correspond to sunspot minimums.

Sunspots are those little black spots on the Sun (each spot as big as the Earth) out of which solar flares and CMEs leap towards Earth. During high solar activity, the electric Birkeland currents connecting the Sun and Earth charge up, exciting Earth’s buried Telluric current circuitry. When, as in around every eleven years, the number of Sun spots drop off to nearly zero the Earth reacts. Then the stored electric energy discharges. Tremendous forces are released from the Earth’s circuitry. Result? Earthquakes attended by violent lightning storms and winds!

Currently, major earthquakes are centered around the rings of fire where the worlds volcanic activity occurs. Yes, volcanoes, earthquakes and tsunamis are related! But will the earthquake hot spots remain confined to these grids? Governor Latrobe maintained that Melbourne’s history says NO! Changing electromagnetic astronomical influences may unexpectedly throw tectonic plate theory into chaos!