Home Picture of the Day Hot Gas or Electric Currents 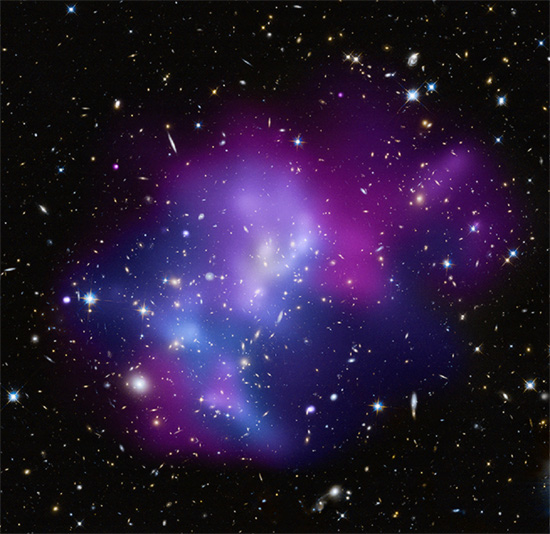 The predominant cosmological hypotheses within which most astronomers conduct their research are based on a gravity-only paradigm. Moving masses and heat are the only factors allowed to operate in their Universe. Electric charge is sometimes considered, but it is usually negligible in its effect, if it has an effect at all.

In previous Picture of the Day articles, it was noted that consensus astronomers refer to charged particles streaming from stars like the Sun as a “wind” instead of an electric current. Ions accelerated by a magnetic field are referred to as “jets” instead of the collimated transmission of electrical energy through space, while changes in the density and speed of charged particles are usually deemed to be “shock waves” and not the mark of double layers that can store and dissipate electricity, or even explode.

Exploding double layers in the consensus view are either supernovae—the violent death of stars whose thermonuclear processes have reached a critical stage, or stars that have shed their outer shells of gas and dust, emitting X-rays and extremely high frequency ultraviolet light.

According to a 2009 announcement from the Chandra X-Ray Observatory website, a 13-million-light-year-long surge of galaxies, gas, and dark matter is streaming into the center of the galaxy cluster shown at the top of the page. That is not the most “remarkable” aspect of the occurrence, however. Supposedly, MACSJ0717 represents the collision of four separate galaxy clusters over five billion light-years from Earth that will eventually become one exceptionally massive cluster.

The region is thought to be incredibly hot because the molecules of gas and dust are crashing into each other, resulting in X-rays flashing out from the blue color-coded regions. Cheng-Jiun Ma from the University of Hawaii, one of the authors of a paper about the observation, described the cluster integration as a strictly mechanical phenomenon: “Since each of these collisions releases energy in the form of heat, MACSJ0717 has one of the highest temperatures ever seen in such a system.”

Perhaps the lack of knowledge regarding electricity in space can account for the opinion that gases colliding produce X-ray and other energetic emissions. After all, perception comes through training and education, so without exposure to the theories of Kristian Birkeland and Hannes Alfvén regarding the behavior of electricity flowing through plasma no perception of its behavior can exist in the mind’s eye.

Alfvén said: “The cosmical plasma physics of today . . .is to some extent the playground of theoreticians who have never seen a plasma in a laboratory. Many of them still believe in formulas which we know from laboratory experiments to be wrong . . . several of the basic concepts on which theories of cosmical plasmas are founded are not applicable to the condition prevailing in the cosmos. They are ‘generally accepted’ by most theoreticians, they are developed with the most sophisticated mathematical methods; and it is only the plasma itself which does not ‘understand’ how beautiful the theories are and absolutely refuses to obey them.”