Home Picture of the Day Blasts of the Past, Part One

Blasts of the Past, Part One 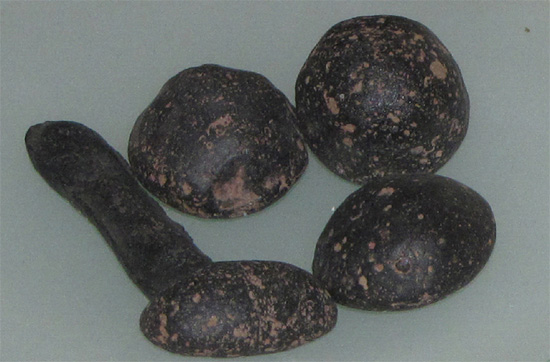 Shortly after dawn on 15 February 2013, a large meteor exploded over Chelyabinsk (Russia), generating a shockwave that injured some 1,200 people.

According to the popular media, no other bolide on record is known to have caused so many casualties. Have any more violent impacts occurred within human memory?

Sightings of fireballs are certainly recorded aplenty in ancient and legendary sources. For example, in 100 BCE people in the Roman Empire witnessed “a burning shield scattering sparks” (Clipeus ardens … scintillans), which “ran across the sky at sunset from west to east.” The historian of science Richard Stothers suspected this ‘shield’ belonged to the category of spectacular bolides, “which move across the sky more slowly than ordinary shooting stars, but enormously faster than genuine comets”.

When accompanied by a thunderous boom the preferred term is an ‘electrophonic bolide’. A survey of ancient and prehistoric examples of this type proves to be a resounding success. For a day in the summer of 12 BCE, Chinese annals logged this observation: “… the sky was cloudless. There was a rumbling like thunder. A meteor with a head as big as a fou, and a length of some ten-odd zhang, colour bright red and white, went south-eastward from below the Sun”. And for the year 899 CE, the Japanese chronicle Nihon Kiryaku (11th century CE) relates the fall of a meteor to earth with great noise; its designation as a hitodama exposes the popular belief that such a meteor was akin to the soul, which upon death may “visibly leave the body in the form of a round shining ball … It is reported to be blue and white with red spots, or bluish-red, with a flat, round head and a tail”.

Indigenous Australian accounts cannot be dated even to a millennium, but make up for the loss with graphic detail. The Wiradjuri nation (New South Wales) talked of Kuri-kuta as a female “ancestral being” whose coming at night was “heralded by a flash of light across the heavens”, while “a meteor followed after an interval of five or ten minutes by a roar of thunder.” The anthropologist Ronald Berndt (1916-1990) recalled the following conversation he had during his sojourn among the Wiradjuri:

“After a hot oppressive day, during our stay at Menindee, we were sitting out in the open; the night was comparatively dark, the moon had not yet risen and as no clouds had appeared the stars were clearly visible. As we looked a ‘falling star’ flashed across the eastern sky – ‘Ah! a ´ki:rǝla (falling star) – you listen’, said Jack King. A short time afterwards the dull boom of distant thunder was heard. Jack King nodded his head saying, ‘You see, Kuri-kuta …’ The informant stressed that when she did make her appearance, ‘you’d think it was day-time when she’s coming down, although it was night.’”

That Berndt hardly reflected on these events is suggested by his ill-conceived suspicion that “This may possible [sic! MAS] refer to the phenomenon of aurora australis”, making one wonder whether he was even aware of meteors.

A fellow anthropologist, Daisy Bates (1859-1951), pointed out that the natives of southwestern Australia were wont to attribute various meteoric phenomena, which they feared, to a mythical snake known as the Ganba:

“… many a thunder ball and thunderbolt or fall of great meteorite caused the trembling natives to cower and chant a ganba senma (‘snake corroboree’ or ‘song’) so they should be spared from the anger of the sulky ganba. Last year the writer saw what appeared to be a fireball falling towards the plain, from south-east to nor’-west. A group of natives were camped at Moorun Tank, some seventeen miles south of Ooldea Siding, and when the group returned, and the writer asked whether they had seen the ‘war-u’ (fire), ‘Yes’, replied a Boundary Dam native, ‘that was Ganmba [sic! MAS] going back to his moon-yung-arra.’ The fireball was seen in the daylight, about 2 o’clock p. m.”