Home Picture of the Day Alpha and Omega 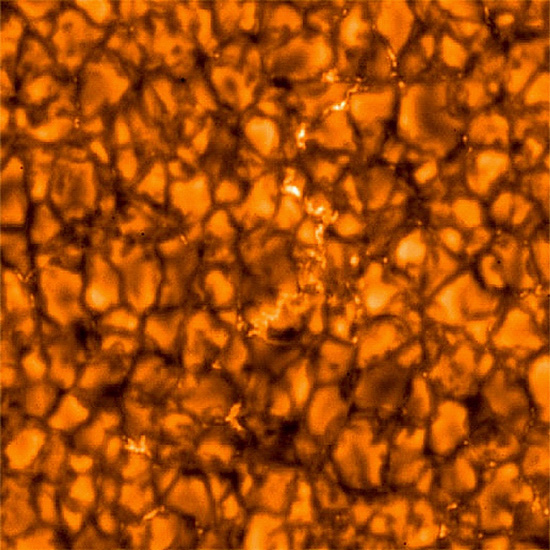 How the Sun’s interior generates its magnetic field is a long-standing mystery for heliophysicists.

It is commonly believed that there is an electromagnetic dynamo inside the Sun. That dynamo has long been thought to be powered by two forces: the “stretching and winding” of magnetic fields due to the Sun’s differential rotation, or change in rotation rate, caused by differences in latitude, and the “twisting” of those fields because of rotational effects on structures rising up from deep in the Sun’s interior. The former is called “the omega effect” and the latter is called “the alpha effect”.

Until recently, those two forces were thought to be what powers the Sun’s magnetic field. Those movements through the Sun’s substance, as well as thermal convection due to the hypothetical radiation generated at the core, are required to be above a certain power threshold or the theory cannot be sustained.

According to a recent press release, researchers from New York University, Princeton University, the Max Planck Institute, and NASA have determined that the convective plasma flows in the Sun are 100 times too slow for the aforementioned phenomena to be generated.

Shravan Hanasoge of Princeton University said: “These convective motions are currently believed to prop up large-scale circulations in the outer third of the Sun that generate magnetic fields. However, our results suggest that convective motions in the Sun are nearly 100 times smaller than these current theoretical expectations…leaving us with no compelling theory to explain its generation of magnetic fields…”

Again, as recently explained in a previous Picture of the Day, what is wrong is not the observations.

The electric model sees sunspots, solar flares, coronal heating, and especially the Sun’s magnetic field, as fluctuations in the amount of charge flowing into it. That electric current arrives in the form of plasma filaments that are gigantic in scale. They are extremely diffuse, but are so large that they carry tremendous amounts of electricity. Those Birkeland current filaments supply more or less power to the electric circuit powering the Sun.

Stars shine because electricity flows through each galaxy. As has been written in these pages many times, stars can be thought of as giant spheres of slow-motion lightning. It is this simple hypothesis that best matches observational evidence. Any fusion takes place on the surface of an electric star like the Sun and not “deep in its core.”

Electricity flowing through the solar plasma creates the Sun’s highly dynamic magnetic field, so no convective regions, transition zones, or alpha and omega effects are required.