Home Picture of the Day Callisto 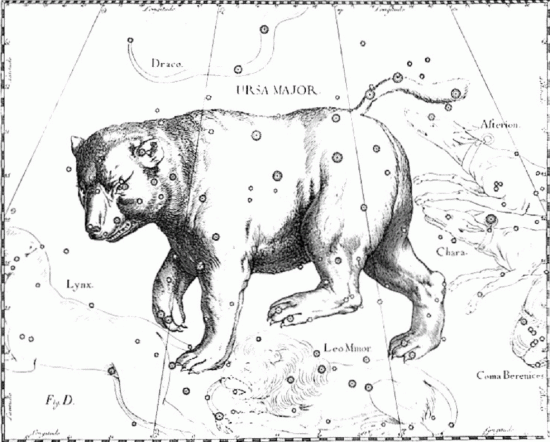 Callisto transformed by Zeus into a constellation. Credit: Uranographia by Johannes Hevelius

The Galileo mission’s exploration of Jupiter and its environs provided substantial evidence for the Electric Universe hypothesis.

The Galileo spacecraft was launched October 18, 1989, following a delay of several years while NASA recovered from the Challenger space shuttle explosion. On September 21, 2003, Galileo was incinerated by the mission team when it was sent into the cloud tops of Jupiter. NASA did not want Galileo to randomly wander around the system after its fuel supply was exhausted, since there was a chance that it might crash on one of Jupiter’s moons, possibly contaminating the environment. To protect Europa, especially, NASA decided to destroy it.

The four Galilean moons, that is, the ones originally discovered by the famed Italian astronomer, are the largest and have been imaged more often by more instruments than any others. As a member of the Jovian system, Callisto appears to bear the marks of many huge electrical jolts. The inordinate number of craters could be considered anomalous and their shapes and arrangement seem to support that idea, but there are many other qualities of this beaten body that are difficult to explain.

Valhalla, the 4000 kilometer wide ring of ridges that dominates the trailing hemisphere of Callisto is a dramatic example of a multi-ring basin. Valhalla basin consists of many V-shaped trenches near the center of the formation, while the outer ring zone is dominated by two kilometer high scarps.

The Asgard Multi-Ring Structure also consists of concentric rings that outline a bright central feature. A large, domed crater named Doh in the center of the bright plain is unusual. Rather than having a depression in the center of the crater, the 50 kilometer wide Doh contains a mound-shape, cut through with deep channels. This feature is reminiscent of large fulgamites, similar to Olympus Mons, that have been discussed in previous Picture of the Day articles.

An enormous crater in the southern hemisphere, 200 kilometers in diameter, exhibits rays extending for hundreds of kilometers across the surface like other craters in the Solar System’s retinue. As has been noted several times in the past, the morphology of such rays can be traced to electrical effects.

Har is another crater that should also be listed in this compilation of anomalies on Callisto. Har is a 50 kilometer wide double ring with another 20 kilometer crater centered on its rim. This formation has been tentatively identified with others as an electric arc discharge scar because it has a central mound with parallel striations running through it beyond the rim. The multiple smaller craters are often teardrop shaped and occur in long chains, another characteristic of cathode discharges to an oppositely charged surface.

Callisto’s surface is more knobby than the other moons in the Solar System. There are areas of hundreds of square kilometers exhibiting few craters but vast fields of rounded spires sticking out of the surface. In other areas, the spires are tilted and angular, as if they are the tops of material that has been fused into the faceted shapes. Such formations can be found in some areas of the African desert, as well as on Mars.

If similar structures are found on dry and frozen planets with virtually no atmosphere, as well as on our own planet, where water and oxygen are plentiful, what can create such features in such dissimilar environments? The answer is electric discharges.