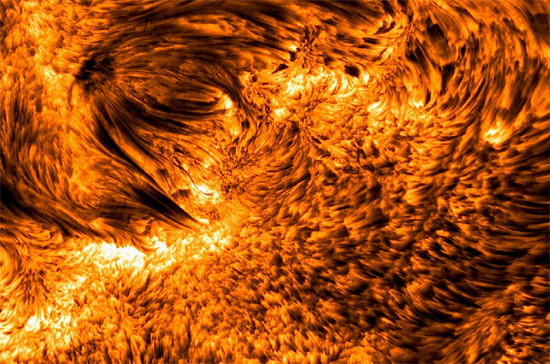 Dark against light solar spicules in the H-alpha band. Note that the dark regions are "blue-shifted." Credit: Lockheed Martin Solar and Astrophysics Lab