Catastrophism in the Humanities—a Low-down Part One 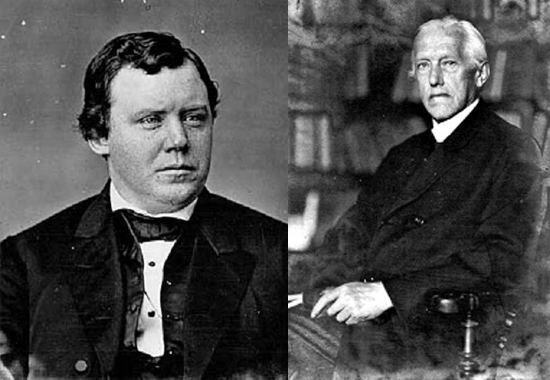 Pre-Lyellians such as Thomas Burnet (c. 1635? – 1715), William Whiston (1667-1752) and Robert Jameson (1774-1854) had been free to ponder cometary flybys, axial tilts and universal floods, the uniformitarian savants of the nineteenth and twentieth centuries chose to finger the very most mundane aspects of nature as the wellspring of myth and religion.

Thus, Ulrich von Wilamowitz-Möllendorff (1848-1931), a German classicist of great renown, would express much confidence in his idea that the Greek myth of Ouranos’ castration derived from the fructifying fall of rain from the sky. Oblivious to the futility of such conjecture, the benighted heirs of this school of thought continued to grope for answers. As a typical example, the Dutch historian Abraham Bos (1943-) would draw much satisfaction from the opinion that the divine succession from Ouranos to Kronos and Kronos to Zeus encoded ‘the changing of the seasons as brought about by figures of divine stature’.

Throughout the twentieth century, a trickle of dissenters survived within the stifling environment of scholars who vehemently opposed the notion of historical cataclysms enshrined in ancient traditions as a disastrous one. Comprising a mixture of paragons and mavericks, the common element these thinkers shared was the deafening silence that greeted their enunciations. As the tides are slowly turning today, it will prove quite salutary to reconstruct the ‘hidden history’ of this intellectual undercurrent within the humanities.

Although familiar fringe writers such as William Comyns Beaumont (1873-1956), Alexander Braghine (1878-1942), Immanuel Velikovsky (1895-1979) and Hans Schindler Bellamy (1901-1982) sedulously argued the case for ‘catastrophist mythology’ with considerable eloquence and sagacity, their lack in professional training in these fields – which was indeed palpable – undermined their credibility to the scholarly establishment. But drowned out by the noise are the feeble voices of experts in the mainstream, of impeccable reputation, whose articulations on the catastrophic origin of myths were conveniently ignored.

Our roll call opens with the Oxford classicist Lewis Farnell (1856-1934), who professed in 1919 that ‘what is quite normal in nature and society rarely excites the myth-making imagination, which is more likely to be kindled by the abnormal, some startling catastrophe, some terrible violation of the social code’. While he may not have thought of natural catastrophes, an American colleague certainly did: the author of a popular handbook on classical mythology, Edward Tripp (1920-1999), opined that the mythical battle ‘is generally believed to have been a personification of terrifying natural phenomena … of cataclysmic proportions’.

Yet another British classicist, Herbert Rose (1883-1961), who authored another standard textbook on mythology, reflected as follows on the Greek myth of the Titanic War in 1964: ‘… the imagery of the battle is so reminiscent of earthquakes and volcanic eruptions that I do not believe the resemblance merely accidental’. In the same year, the Dutch anthropologist Cornelis Ouwehand (1920-1996) considered more generally:

‘When a crisis event (such as an earthquake) so deeply shocks and so totally affects the individual and the society to which he belongs that the cause and consequences of the event are beyond comprehension and cannot be coped with by normal intellectual perception … at such a time the ‘fabulation’ takes effect, and it then becomes a function of religion as a defensive reaction against the overpowering force (or deadening impotence) of the intellect’. (italics in the original)

It was the late geologist Dorothy Vitaliano (1916-2008) who founded the subdiscipline of ‘geomythology’ on this principle: ‘For unless human nature has changed considerably through the ages, what is considered news, and therefore what may be remembered when the normal events of daily life are long forgotten, is the unusual, particularly the violently unusual. And what is more violently unusual than a natural catastrophe?’