Home Picture of the Day Gradualism Versus Catastrophism Part One

Gradualism Versus Catastrophism Part One 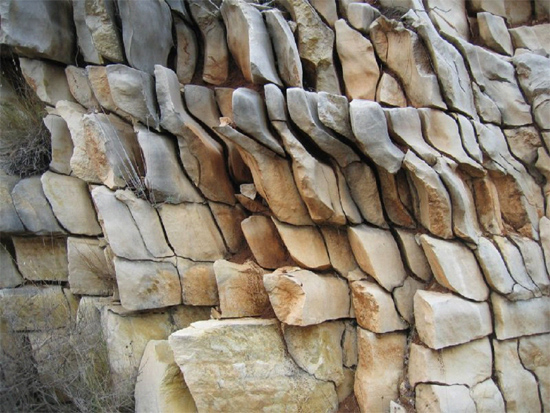 Did the terrain we see around us take millions of years to form? Some recent experiments suggest otherwise.

As mentioned in past articles, Electric Universe proponents think that something is wrong with the “long, slow” view of geology. Fossils are dated based on the rock layers in which they are found, so a uniformitarian view of geology influences the understanding of how life began and evolved on Earth. If the rock ages are wrong, fossil ages are wrong.

It is commonly believed that fossils are created when an animal or plant dies and is subsequently entombed in mud or silt before decay and dissolution. After millions of years, the sediments in which it is buried harden because of pressure from the overlying accumulation of other later deposits.

Tectonic forces then break or bend the ocean bottom (or lakebed), causing it to rise above the waterline and dry out, hardening the sediments into stone. Those layers of stone around the world are used to determine when the fossils were alive, since it is assumed that the top layers are younger than the bottom layers. The layers of hardened sediments are called “the geologic column.”

Prevailing theories state that it took millions, if not billions, of years to arrange the scenery on our planet. Mountains rise in response to mechanisms that are so slow as to be undetectable: the Himalayas, the Alps, and the Rocky Mountains retain the same shapes that ancient nomadic tribes saw.

Rivers, deserts, canyons—all appear to our modern eyes just as they would have appeared to Alexander the Great, Goyathlay, Sargon, or Khufu. The cyclic processes of erosion or sediment deposition are the same today as they were long ago. Most of the current methods for dating artifacts, geologic layers, or fossils are dependent on that presumed gradual, uniform action.

What if the uniformitarian hypothesis is incorrect? What if the topography of Earth was created in a time so short that ancient civilizations were able to record it? What meaning would the Neolithic, or the Jurassic, or the Precambrian eras have? Would evolutionary theory suffer for the lack of a chronological map?

Electric Universe theorists postulate that between 5000 and 10,000 years ago (perhaps sooner), the Earth and its sister planets were engulfed in a catastrophic interplay of celestial forces that have not been seen since. Clouds of electrified plasma and electric arcs described by the ancients as “thunderbolts of the gods” dissected the continental geography, creating what traditional theories say are ages-old structures in an instant of time.

“Evolutionary theory is based upon the belief that a succession of fossil species in a scale of geological time demonstrates that evolutionary progress has taken place… As we have shown in the laboratory, layers of incoming sediment have been wrongly identified as being strata. The scale of geological time and the chronological succession of fossils have been calculated on this mistaken belief: that strata are successive layers of sediment. So the position of fossils, rather than sharing evolution, merely indicates the distribution of marine species which lived at different depths.” (Guy Berthault: Fundamental Experiments in Stratification)