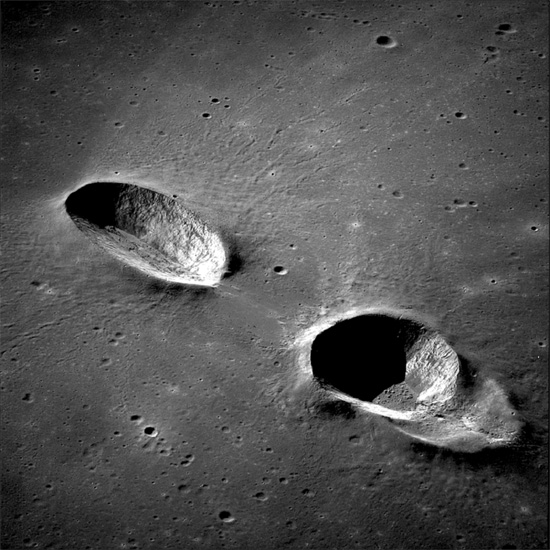 The Electric Universe hypothesis offers another perspective on the observations. Several factors come into play that are not available to the consensus theories of geophysics because the lexicon of descriptions available to them does not include electric arcs or traveling subterranean electric discharges.

There are, of course, many possible explanations for craters, but once the electric force is included in the search for those explanations a new way of seeing the world becomes possible. If the conductive surface carries a negative charge, an arc will travel, sometimes eroding elongated craters, like those under discussion.