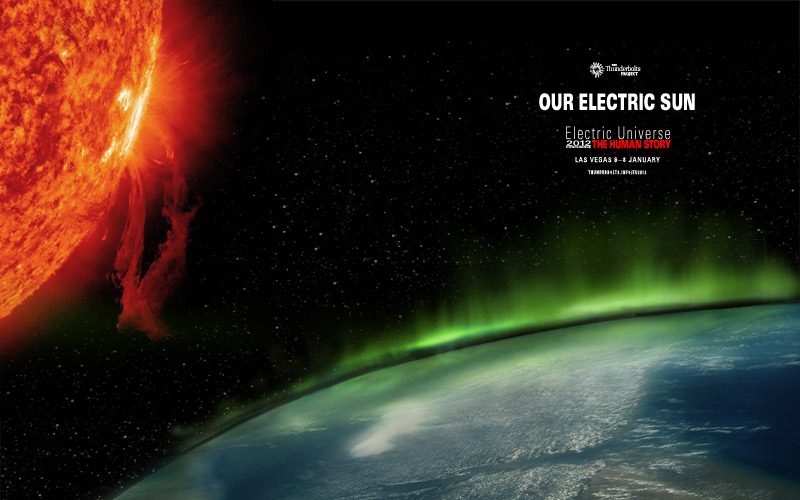 “It seems to be a natural consequence of our points of view to assume that the whole of space is filled with electrons and flying electric ions of all kinds.”
—Kristian Birkeland
The Norwegian Aurora Polaris Expedition 1902-1903

The Norwegian scientist Kristian Birkeland (1867-1917) experimented with electricity and led expeditions to the polar region.

In 1903, Birkeland proposed that charged particles from the Sun enter Earth’s upper atmosphere to light the auroras—an electric circuit connecting the Earth to the Sun.

Science rejected this vision and by the dawn of the space age, Birkeland and his remarkable experiments were virtually forgotten.

Then in 1973, the U.S. Navy satellite Triad detected the magnetic signatures of two large sheets of electric current entering Earth’s ionosphere—evidence that the Earth and Sun are not isolated islands bound solely by gravity.

We continue to confirm the flow of electricity from the Sun to Earth. Streams of charged particles in space are now known as Birkeland Currents.