Home Picture of the Day Dancing in the Dark

Dancing in the Dark 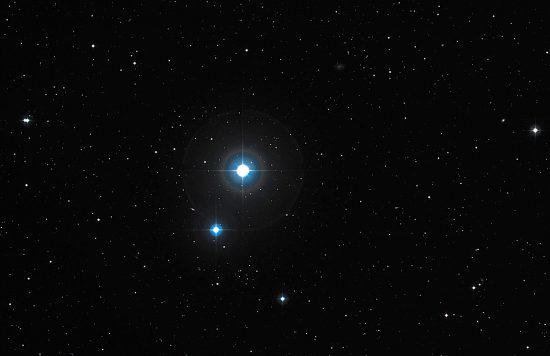 Most stars revolve in pairs.

The stars in the Milky Way travel with one or more companions, so something influences the formation of multiple star systems. Stars are so remote from one another that it is unlikely that binary stars are due to gravitational attraction.

On March 7, 2009 NASA launched the Kepler Space Telescope. Astronomers believe that objects passing in front of stars will dim their light by a tiny fraction, so Kepler was designed to monitor stars in the 0.430 to 0.890 micron wavelengths, otherwise known as the visible light spectrum. A mystery to astrophysicists is why many planets are incredibly hot, even hotter than their parent stars. For example, one planet measures 39,000 Celsius, while the star it orbits is 9400 Celsius. Consensus theories cannot explain why a “planet” could be hotter than a star. Another planet, thought to be about as large as Jupiter, is far too small for thermonuclear fusion. Yet, its temperature is close to 15,000 Celsius. It is also so close to its star that it revolves in only five days.

Such strange conditions might be explained by electrical fissioning. Since a star’s electrical stress is focused on the surface, if the flux differential becomes too intense, due to variability in its power supply from the galaxy, it might split into two stars. The surface area of two stars is able to accept more electrical stress.

The evolution of stars must include the most prevalent condition in the Universe, plasma, otherwise important factors are left out. Electric star theory proposes that stars are born when electric charge flow is confined into filaments that wind around each other, forming z-pinches. Laboratory experiments reveal that those regions are where star formation is likely to occur. Newborn stars are inherently unstable, because their electrical environments are fluctuating, so they tend to split into one or more daughter stars, equalizing their electrical potential. That explains why most stars are binary.

Planets form when surface electric discharges synthesize heavier elements from primordial hydrogen and helium. Those heavier elements build-up inside stellar interiors until they reach a critical threshold, which releases excess mass in the form of highly ionized gas giant planets, along with smaller, denser rocky bodies. That explains the strange, hot planets in fast, close orbits around their parent stars.

With apologies to Bruce Springsteen