Home Picture of the Day Twists and Turns 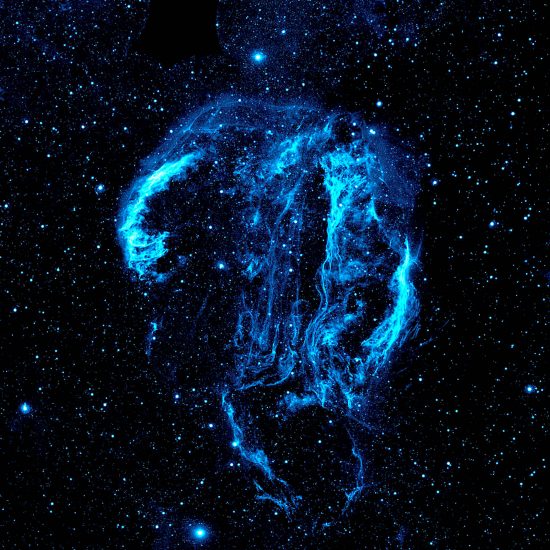 Most celestial objects exhibit some kind of filamentation.

“Keep your eyes on the stars, and your feet on the ground.”
— Theodore Roosevelt

Every science journal describes the formation of nebulae in terms of “blowing winds” created by shock waves from exploding stars. Nebulae are thought to be “star factories”, because astronomers think that X-ray radiation comes from new fusion reactions taking place inside nebular clouds.

Electric Universe theory presupposes that plasma and magnetic fields form stars, because Birkeland currents thread through the galaxy. Those gigantic filaments stop plasma from dispersing inside their light-years long helical coils. When electric current density inside the filaments reaches a critical point, the plasma that carries current starts to glow and to “pinch” into plasmoids that might eventually become stars.

When electric charge flow is weak, and nebular plasma contains only small quantities of dust, only the stars “light up” in arc-mode discharges, leaving the background Interstellar Media in dark mode. Where electrical stress is high, as in the Cygnus Loop, curling filaments, jets, and gas clouds also light up. Dust and gas can reflect the light from nearby stars, but the Cygnus Loop reveals characteristic filaments seen in laboratory plasma experiments.

As written many times before, when plasma moves through a cloud of dust and gas (a nebula), the cloud becomes ionized and electric charges flow. Electricity generates electromagnetic fields that organize into coherent filaments known as Birkeland currents, as mentioned above. Charged particles in the filaments spiral along magnetic fields, appearing as electrical vortices. The forces between these spinning Birkeland currents pull them close together and wind them around each other into “plasma ropes”, since they do not merge.

In the case of the Cygnus Loop, the unmistakable appearance of Birkeland currents is clearly visible. The nebula’s overall configuration is an hourglass, and the shapes within the nebula correspond to the formations that electric discharges in plasma create.