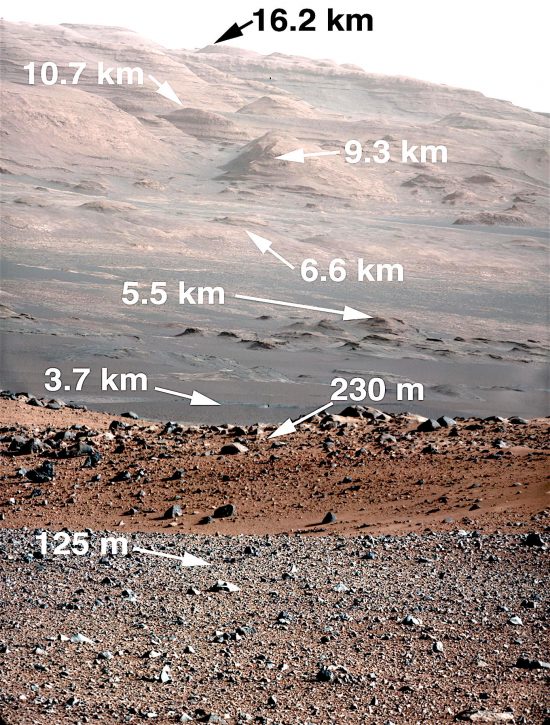 Mars is devoid of any detectable life.

Martian areography bears witness to violent events at some time in the past. Images from the Mars Reconnaissance Orbiter (MRO) reveal scenes of devastation: the North polar terrain, for instance, is six kilometers below the planet’s mean elevation. Burned craters and piles of scorched dust could be interpreted from an Electric Universe viewpoint. If lightning thousands, or millions of times more energetic than anything seen today resurfaced Mars, then the existence of Valles Marineris, Olympus Mons, the terraced mounds in Arabia Terra, as well as both Martian poles, demonstrate strong support for an electric discharge theory.

Planetary scientists often correlate deep canyons and ripples on Mars with floods of water on the surface, eroding it in the same way as water is supposed to erode features on Earth. However, evidence for oceans of water on Mars might be contradicted by mineralogical data, such as deposits that are destroyed by water.

The soil temperature on Mars is about minus 50 Celsius; so cold that carbon dioxide freezes solid. Therefore, the prevailing view is that it is covered with a layer of ice. If water exists, it must be locked in icy soils or in underground vaults, since the low-density atmosphere would cause water-ice out in the open to sublime. Clouds and low-lying fog were reported by the Mars Exploration Rovers, Opportunity and Spirit, and the Phoenix lander detected what is thought to be water-ice just below the surface, although no result can stand up to close scrutiny.

Despite “visual evidence”, devices used to test for water returned a null reading. The soil around Phoenix, for example, was nonconductive, indicating no water. Phoenix froze to death when it was encased by almost 3 meters of frozen carbon dioxide during the Martian winter, so it is probable that it was dry ice providing the visual clue rather than water-ice.

According to a recent press release, images from the Curiosity rover indicate “…ridges in the Hummocky Plain Unit, filled with rounded cobbles and cross beds…are indications that deposition was done by moving water.”

Ironically, the data analysis is based on ideas about how the Channeled Scablands in Washington State were formed. It is ironic, because a previous Picture of the Day took issue with all prevailing ideas about their formation and suggested electricity as the formative agent. Electric Universe theory sees electricity as both destroyer and creator.

Indeed, it is possible that there are ice deposits on Mars, formed during  catastrophic events that altered its surface. Plasma discharges left behind sinuous rilles, flat-floored craters, “railroad track” patterns in canyons, intersecting gullies, and giant mesas with Lichtenberg “whiskers.” Lightning of sufficient power can compress material in the discharge channel and accelerate it along with a negative charge, forming a jet. If the jet contains water vapor, liquid water or even ice might form inside the Birkeland filament due to z-pinch effects. If this phenomenon were scaled up to planetary dimensions, the increased electric discharges might have dumped quantities of ice particles onto the surface that clumped together into the frozen piles of debris that MRO’s imagers allegedly detected.

Since that idea is highly speculative, more data is necessary in order to confirm the hypothesis.