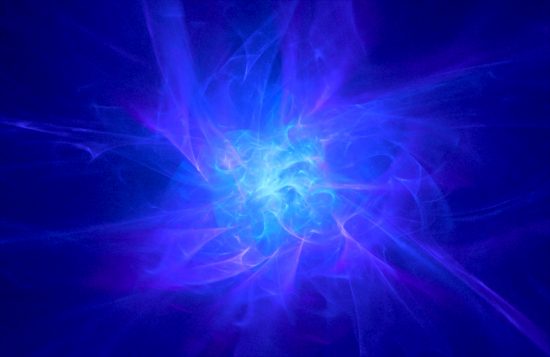 If the Universe is based on the prevailing theories of Einstein, and gravity is bending time and space around all objects, then dark matter and dark energy are merely illusions.

Modern astronomers think that all galaxies are receding from each other because they received “inflationary energy” imparted by the Big Bang. They estimate the recession to be about 71 kilometers per second for every 3.3 million light-years of spatial distance. This “dilation of space-time” is called the Hubble constant.

Excess large-scale motion is thought to be “superposed” on the Hubble constant, because the Local Group of galaxies, including the Milky Way, appears to be moving at about 600 kilometers per second toward the constellation Centaurus. Conventional redshift measurements also show them flying toward the center of the Virgo cluster at nearly two million kilometers per hour.

The Virgo cluster is 50 million light years away, and whatever is pulling on the galaxies is invisible. Not just the Local Group, but the Virgo supercluster, the Hydra-Centaurus supercluster, and other galactic superclusters exhibit anomalous acceleration toward a structure known as the Centaurus Wall.

A problem with the observations is that the Wall does not possess enough mass density to influence superclusters of galaxies. Therefore, another force that is orders of magnitude more powerful than gravity is thought to exist, one that is beyond detection. They call that unseen force, “dark flow”, a derivative of dark energy theory.

A basic misunderstanding of Einstein’s space/time curvature necessitated the creation of the dark energy effect, because the application of the theory is incorrect. That idea was first suggested in 2006 by a team of Italian researchers who analyzed rotational curves from several galaxies and thought that dark matter and dark energy were not necessary with their new approach.

From the perspective of Electric Universe theory, electric currents drive the galaxies and their associated stars. It is easily demonstrated in laboratory experiments that twin Birkeland current filaments can create structures that resemble spiral galaxies. Birkeland currents have a longer-range attractive force than gravity—diminishing with the reciprocal of the distance from the current axis—which could account for the anomalous movement of stars as they revolve around the galactic core.

So, it is the movement of electricity through plasma that tends to initiate the effects that can be observed with space-based telescopes. It is electric currents in the cosmos and their associated magnetic fields that should be the focus of research, and not a search for undetectable materials and energies.