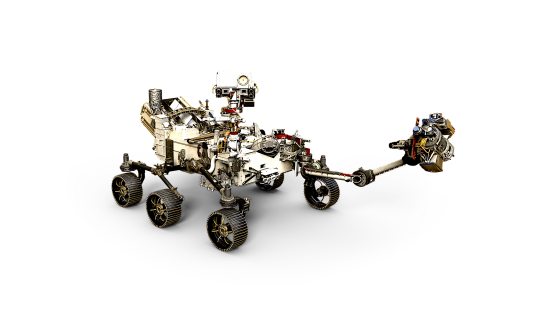 Sometime in late July or early August 2020 NASA will launch the next Mars lander, based on the design of the Mars Science Laboratory, otherwise known as Curiosity. The Mars 2020 rover includes a new drill design that can collect, sort, and set aside rock and regolith samples for collection by later missions. The rover will also find out if oxygen can be extracted from the Martian atmosphere, look for subsurface water, and identify weather conditions that might affect future human explorers.

The atmosphere on Mars is 100 times thinner and averages 75 degrees colder than Earth. The environment is dry, with only some suggestive experiments indicating the possible presence of water ice. The 2020 rover is also a water hunter, since without water in the form of subsurface ice, the chances of finding life on Mars are slim.

Deep, winding channels on Mars are thought to be from water flowing on the surface in the remote past. In 1997, the Mars Global Surveyor (MGS) found layered rock extending for thousands of kilometers that might be due to build-up in water, followed by wind erosion. For that reason, the potential 2020 rover landing sites are in areas with extensive layering. Ever since Viking 1 was launched on August 20, 1975 followed by Viking 2 a month later, planetary scientists have been looking for signs of life on Mars. Viking 1 landed in the western portion of Chryse Planitia, while Viking 2 landed 6700 kilometers away in Utopia Planitia. Both landers analyzed soil samples but found nothing to indicate life.

Active electrical forces almost destroyed Mars at some time in the recent past are, as many Picture of the Day articles argue. The idea is, of course, ignored by consensus science. Until electromagnetic forcefields, plasma discharges, and double layers are studied and understood by planetary scientists, no theory about Mars will be satisfactory.

Powerful plasma discharges affected Mars on a massive scale. There are signs in the north that indicate excavation down to six kilometers below the mean elevation. Some of the shattered rock was accelerated electrically into space; some fell back to the surface, where it was electrically sorted and deposited in hardened layers. Rather than water, it was probably lightning that layered Mars.

The 2020 rover will explore one of three potential landing sites: Columbia Hills, where the Spirit rover met its demise; Jezero Crater, and northeast Syrtis Major. Previous Picture of the Day articles argue that if the environment on Mars was ever one of flowing water and a dense atmosphere, those conditions were completely altered by planet-wide electrical discharges in the recent past. Any open water or possible life forms were disintegrated by catastrophic lightning bolts from a charged object in proximity to Mars. Whatever that object was, it also initiated underground currents of electricity, blasting out gigantic chasms in the Martian surface. The X-ray and gamma-ray emissions (let alone the thermal energy and explosive shockwaves) from such occurrences would be sufficient to irradiate any organism to the point of dissolution.

The layering seen in Schiaparelli Basin, Utopia Planitia, and elsewhere was most likely due to ionic wind deposition and not to rainfall, flooding, or melting ice. Although the Mars Reconnaissance Orbiter (MRO) found what were said to be giant glaciers under mountainous piles of rocks and dirt near the Hellas Basin region, that data is open to other interpretations. There are factors on Mars that are so unlike those on Earth that MRO’s radar could be acting in ways that were unanticipated. Ice may only appear to be the nearest match. Since planetary catastrophes were so all-consuming, it can be generally assumed that no life will be found on Mars.