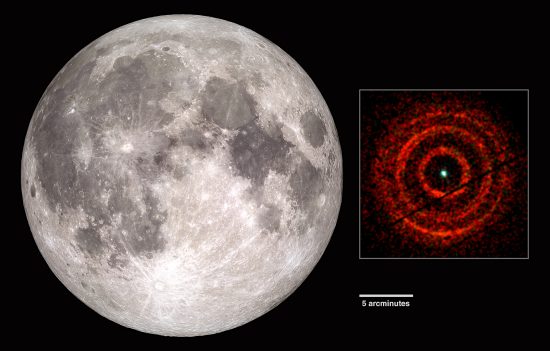 Astronomers “know” that black holes exist because they see energetic radiation and collimated jets erupting from small regions of space. Collimated jets are said to result from matter falling into a black hole’s gravity field. As material orbits closer, it is said to accelerate, causing collisions among particles within the black hole’s “accretion disk”. Kinetic energy converts to X-rays and other high frequency radiation. Somehow, acceleration creates a powerful filamentary jet.

Explaining ionized particles and X-ray emissions from various stars ranks as one of the most difficult tasks in astrophysics. A recent article points out that “…Astronomers have long been flummoxed by these jets.” The same article states that the magnetic field of V404 Cygni is “…much weaker than previously understood, a puzzling finding that calls into question previous models of black hole components.”

A major difficulty with black hole research is that heating up gas and dust grains in orbit does not address the jets. There is only one force that can hold a matter stream together over long distances: electromagnetism. The only way to generate that electromagnetic confinement is with electricity. Electrical activity is completely missing in almost every announcement from institutions and research groups. They persist in analyzing celestial objects in terms of gravity and fluid dynamics, when 99% of the Universe exists in the plasma state.

Any element can be ionized by heat or electricity. Some (or all) electrons are stripped from an atom when it is intensely energized, changing it into an electrically conductive state called, plasma. Plasmas exhibit common traits that arise out of complex causes, and are not analyzable as the sum of their effects. As previously written, properties like filamentation, long-range attraction and short-range repulsion, cell-like differentiation, and characteristic instabilities indicate a system of interaction. Electricity flowing through plasma creates regions of charge separation isolated by double layers. Could charge separation be the foundation for the black hole jet phenomenon?

Stars are nodes in electric circuits. Their electromagnetic energy could be stored in the equatorial current sheets surrounding them until some trigger event causes a switch into a polar discharge. The electric jet could receive its energy from a natural particle-accelerator, a plasma double layer with a strong electric field. Toroidal magnetic fields would form because of the polar plasma discharge, confining it into a narrow channel.

“Space is not vacuum but rather filled with plasma whose properties, in volume, differ little from those in the laboratory or magnetospheres. And plasmas exhibit large global properties, such as the transfer of energy over great distances to smaller regions where it may be systematically or catastrophically released.

“In the laboratory filaments are produced when a pulse-power generator delivers 10 trillion watts to a plasma only a few centimeters long, heating it to a temperature of 8,000,000 degrees Kelvin. Similar structure is seen in solar prominences, but in this case the lengths are measured in hundreds of thousands of kilometers. Long, thin structures near the center of the Milky Way stretch out over roughly 120 light-years. Another jump to a scale a few million times larger would bring us to the size of filaments that plasma cosmology needs to form galaxies.”