As electricity became a common element of many laboratories worldwide, its fascinating properties and massive potential began to capture the imagination of more and more researchers, many of whom were well known and well-funded public figures. Scientists now had over a century of quality data and observations to pull from and were on the brink of harnessing electricity for practical use. These advances were a double-edged sword, as opposing schools of thought began to emerge. Some of these rejected the study of electricity in the cosmos. Nevertheless, electric comet theory soldiered on, inspiring several popular and respected scientific authorities.

Wilhelm Bessel was a very successful German physicist and student of the great astronomer Olbers. He wrote nearly 100 papers about comets. On 20th January 1835 he wrote a letter to Olbers with the following lines:

“I think that the outpouring of the tail of the comet is a purely electric phenomenon: Corpuscles on the comet and the comet itself are electrified and therefore pushed off by the transition from a bigger to a lower distance to the sun. If one could only check the light of the tail to get to know whether it is electric!”[1]

In February 1836 Bessel published his article “Observations concerning the Physical Nature of Halley’s Comet and resultant Comments“. There he developed a theory of the comet’s tail, which was later advanced by the Russian astronomer and mathematician Fyodor Bredikhin.

Friedrich Georg Wilhelm von Struve (Василий Яковлевич Струве), was born in Altona (Hamburg), Germany but became very famous in Russia as an astronomer and geodesist. His son Ludwig and grandson Otto also went on to become astronomers. Struve wrote a paper titled “Observations of Halley’s Comet in Dorpat (August 20th, 1835 to November 5th, 1836)”. The German astronomer Dr. von Schubert referred to Struve’s drawings of the comet and claimed that such illustrations displayed without any doubt electric forces at work. Additionally, Dr. Remeis listed Struve among the great astronomers who believed in electric comets.

Sir John Herschel, son of the famous Wilhelm or William Herschel was a great scientist himself. His work “Results of Astronomical Observations Made during the Years 1834, 5, 6, 7, 8 at the Cape of Good Hope” was published very delayed in 1847. Like Struve and Bessel, Herschel made important contributions to the records of Halley’s comet and cometary studies in general. He remarked in a footnote in “Results of Astronomical Observations… “:

“… I cannot help remarking that the conception of a high degree of electrical excitement in the matter of the tail (of the same character with that of a permanent electrical charge supposed to be resident in the sun) would satisfy most of the essential conditions of the problem. That the sun’s heat in perihelion does actually vaporize a portion of the cometic matter, there can no longer, I think, be any reasonable doubt. That in such vaporization, a separation of the two electricities should be effected, the nucleus becoming (suppose) negative, and the tail positive is in accordance with many physical facts. The circumstances of this vaporization, as they were seen to take place in Halley’s comet, were highly favourable to such separation. The matter of the tail seemed to be emitted in violent jets and streams, as if from orifices or fissures in the anterior part of the nucleus (…) of powerful electric excitement.”[2]

Later, the same footnote underscored the “the exceeding energy of the electric in comparison with the gravitating force as exerted on matter of equal inertia is strongly in its favour.”[3]

Johann Carl Friedrich Zöllner was a Berlin-born physicist and astronomer who worked in Leipzig in Saxony. A modern scientist described his achievements: “Zöllner did important work in stellar photometry, astrospectroscopy, cosmology and cometary theory, and he also contributed to aspects of geophysics, including an electro dynamical theory of the origin of terrestrial magnetism.”[4]

His work “About the Nature of Comets: Contributions to the History and Theory of Knowledge” was published in 1871. Due to this publication, Zöllner was commonly called the father of the electric comet theory in Germany, but he himself pointed to Olbers as the true founder of this theory. In this author’s opinion, he was a crusader of the electric comet theories! His spirit of confrontation in the scientific community helped spread the idea of electric comets with zeal. It seems that Zöllner’s passion and work influenced the physical worldview of the famous philosopher Friedrich Nietzsche. Inevitably, it also resulted in many heated arguments and growing numbers of scientific opponents and private enemies.

Zöllner followed ideas by Olbers, Bessel and Herschel. He did not speculate about unknown forces at work like other comet researchers. Zöllner supposed that the matter in a comet’s core begins to evaporate rapidly as it approaches the sun. Then, a cloud of gas develops and a tail originates that is directed away from the sun. The latter is a phenomenon of electrostatics according to Zöllner. He postulated that the vaporization is connected with a charging process. Further, he assumed a long-distance effect of the sun. Then the tails develop inevitably because the gravitational effect of the sun on comets is lower than the electric effect because of the little mass of comets.

The Zöllner Illusion (1860) – In addition to astronomy, Zöllner was known for his study of optical illusions.

His permanent fight against certain faculties in the academic arena, his sharp polemic against peers and his nationalism and intense anti-Semitism increased the ill feelings in the public toward Zöllner. After a journey to London in 1875 he came under the influence of spiritualism and tried to prove the existence of a fourth dimension in space. So he hoped to explain ghosts and related phenomena. But he was cheated by the US-American medium Henry Slade, and declared publicly to be “mentally disordered” by his enemies. Zöllner suddenly died with 48 years of age in 1882, just before the Kingdom of Saxony could strip the “notorious trouble maker” of his academic position. His death did also prevent the publication of the third, enhanced edition of his book about comets.

Wilhelm Julius Foerster was a very well known German astronomer. He did not share Zöllner’s political opinions or aggressive character, but he was so impressed by Zöllner’s ideas that he organized the ambitious project “Studies on the Nature of Electricity in Space“.

Related experiments dealt with the imitation of comet phenomena, polar lights and their frequency and the correlation between sunspots and changes in the Earth’s magnetic field. The capable physicist Eugen Goldstein was chosen by Foerster to research the nature of electricity in space due to Goldstein’s experience utilizing discharge tubes in laboratory experiments.

Wilhelm Foerster Sternwarte – This Berlin Observatory, built in 1963, is named in honor of Foerster.

Foerster is also known for being the co-discoverer of the asteroid 62 Erato along with Otto Leberecht Lesser in 1860 in Berlin, the first co-discovery in history. He was also professor of astronomy at the University of Berlin and the director of the Berlin Observatory until 1903.

Gotthilf Eugen Goldstein had to battle many obstacles after beginning his work on electricity in space in the mid-1880’s, even though Foerster gave him a great deal of support. Lack of capital, equipment, and time all caused delays again and again. It took many grueling years before Goldstein was given an official job at the observatory in Berlin, but once there, his superiors did not really understand his work, though it had nothing to do with astronomy and provided little or no support. Goldstein diligently pressed on, and late in 1920 it was summarized:

“Goldstein has also succeeded in reproducing the essential specific features of the comet’s appearance experimentally (24, 29, 30). Goldstein looked at the comet tails as secondary cathode rays, which are caused in the meteorite cloud forming the comet core by the cathode rays coming from the sun. These secondary rays become roughly bend back in the extended radius vector of the comet by electrostatic repulsion by the sun.”[5]

Many laymen and experts thought that Goldstein had succeeded in replicating comet phenomena. Yet, Goldstein was more experimenter than theorist. He refused the rising new concept of the electron and in so doing, disconnected himself from scientific progress. Finally, the success of Arrhenius’ theory of the ray pressure of the sun seemed to explain some of the comet’s tails phenomena and stifled interest in other explanations. This presents an ironic twist because Arrhenius himself advocated the electric comet.

Goldstein’s and Foerster’s project had failed in spite of a promising approach. The comet science story meandered away in the 20th century and is still searching for a promising path in the 21st century. 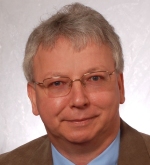 Hannes Täger is an engineer-economist and author, who resides in Germany. He got a vocational training as a metallurgist for molding and rolling milling in the Refined Steel Factories of Freital near Dresden. He studied business administration at the Technical University Mining Academy Freiberg (OreMountains), then he became a teaching assistant and received his Ph.D. in Economics.  He now publishes in the field of early aviation history. For many years, Hannes has acted as one of the German translators for The Thunderbolts ProjectTM. Hannes was a conference scholar and a speaker in the Breakout Room at the EU2016 Conference, and his work was highlighted in a podcast called “History of the Electric Comet Theory.” He can be reached at jasta72s@gmail.com.

Photo credits: All of the pictures are from www.wikipedia.com or other public domain websites.