Home Picture of the Day Where Have All The Planets Gone?

Where Have All The Planets Gone? 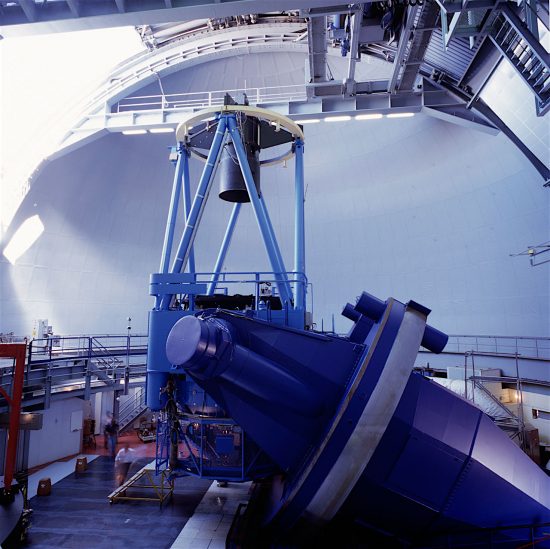 Extra-solar planets, or exoplanets, are said to be orbiting various stars in the Milky Way. In the past, it was thought impossible to locate those planetary bodies, because light from distant stars is so bright that it drowns out light from dim, reflecting bodies. Almost 20 years ago, astronomer Geoff Marcy came up with an idea that he thought could resolve that issue: use Doppler shift to analyze the gravitational pull that a planet exerts as it revolves around a star.

Marcy’s theory was that stars should “wobble” slightly, changing their spectrographic signatures as planets move around them. Doppler shift had been used in the past to identify binary stars, so he and his team attempted to use that method to identify less massive objects.

The difficulty was that even large gas giant planets are thought to exert a force of only a few meters per second on stars. It is not surprising, therefore, that the first planets found with the frequency-shift method are more than 300 times larger than Earth, in orbits closer than Mercury is to the Sun, because the ability to resolve spectrographic data was less accurate than it is today.

A recent Picture of the Day discussed the Kepler Space Telescope that used a different way to detect planets. Launched on March 7, 2009 Kepler was equipped with an onboard photometer that could measure the reduction in starlight when an object passed in front of its subject stars. Kepler was able to simultaneously scan 150,000 stars within its field of view, “confirming” 989 exoplanets, until its planet-hunting ability ceased in May 2013.

Today, astronomers use the High Accuracy Radial Velocity Planetary Searcher (HARPS) to resolve stellar Doppler shifts, corresponding to oscillations that are as little as 3.5 kilometers per hour in red dwarf stars. Since red dwarfs are thought to be the most common type of star, with hundreds of them within 40 light years of Earth, for example, it is estimated that there might be billions of rocky planets in the Galaxy.

Is there a question about those discoveries? Not from the consensus scientific community. However, since the detection of planets depends on Doppler shift, regardless of technique, what if that phenomenon is not due to the pull of an external body? Changes in radial velocity are said to exist because a star’s light is blueshifted or redshifted, depending on whether it is moving toward the spectroscope or away from it. What if the changes in light spectra are from some other attribute of stars, like variability?

In an Electric Universe, a star’s photosphere is, in reality, a “glow discharge”, whose spectrum indicates its elemental composition. Therefore, a star’s diameter is not dependent on a solid body measurement: its photospheric “surface” exists well above any putative “real” exterior veneer. Surrounding the Sun (and, presumably, other stars) is a plasma sheath that forms a boundary between the electrical condition of the Sun and the electrical environment of the Milky Way. This sheath is known as a double layer, forming the heliosphere that protects the Solar System from the oppositely charged Interstellar Medium. One major characteristic of double layers is that they oscillate.

The Sun is known to be a variable star, fluctuating in output with changes in its solar cycle. That cycle lasts, on average, 22 years. What if cycles in other star systems are more rapid and more violent? It is a principle tenet of Electric Universe theory that stars are not gravitationally compressed spheres of hydrogen and helium, but are electromagnetic “pinches” in cosmic Birkeland currents. Depending on location in the Galaxy, stars might experience more powerful and more rapid changes in the electric power that feeds them, causing their plasma sheaths to expand and contract. Those oscillations could be what astronomers are seeing, and not differences in brightness from the gravitational pull of orbiting planets.

If that idea has merit, and it is speculative at this point, then all of those “hot Jupiters” and “super-Earths” that have been discovered would vanish into the void of an incorrect consensus theory.