Home Picture of the Day Believing is Seeing 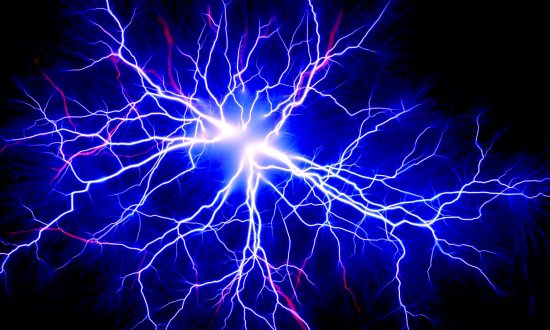 Recent data from the twin Voyager spacecraft reveals that the Interstellar Medium surrounding the Solar System is a diffuse region of charged particles, primarily ionized hydrogen, with a density of about one atom per cubic centimeter. However, between galaxies, astrophysicists estimate that there is only one atom per ten cubic meters. Those particles are said to be the remains of matter left over from the Big Bang that did not contract into galaxies, and are supposed to make up the cosmic web in which all galaxies are embedded.

According to a recent press release, researchers from the Max Planck Institute for Astronomy measured “small-scale fluctuations” in the cosmic web, using pairs of quasars that are thought to be over 11 billion light-years away. However, the technique for identifying those fluctuations is ambiguous, involving what appears to be circular reasoning.

“One of the biggest challenges was developing the mathematical and statistical tools to quantify the tiny differences we measure in this new kind of data.”

Those “tools” are supercomputer models created to simulate how astronomers think the Big Bang explosion evolved into the structures that exist today.

As another team member wrote:

“I was delighted to see that these new measurements agree with the well-established paradigm for how cosmic structures form.”

Conventional theories propose that a few hundred thousand years after the the Big Bang, the Universe was able to synthesize hydrogen atoms out of the primal particles that arose from the initial explosion. Hundreds of millions of years later, those hydrogen atoms consolidated into luminous objects emitting such intense ultraviolet light that they ionized the hydrogen, leaving a vast web of filaments composed of charged particles. How that happened is a mystery to cosmologists.

A “well-established paradigm” means a theory that is taken for granted. When a simulation is constructed that requires hundreds of hours to run on a supercomputer, there is an open question about the idea. Since consensus opinions require such complex algorithms, and the models have to be “tweaked” over and over again in order to come up with something that conforms to presumptions, should that not cast doubt on those presumptions?

It is probable that the Universe is constructed from energetic filaments, but they are most likely electrical in nature. A principal tenet of Electric Universe theory is that electricity flowing through ionized gas, otherwise known as plasma, creates long electromagnetic filaments called Birkeland currents. This idea is simple and conforms to a theory that can be modeled with experiments in the laboratory.

Whenever changes occur in cosmic clouds of gas due to gravity or the influence of electromagnetic fields, regions of charge separation form. Separated charges induce electric fields, initiating electric currents. Electric currents form magnetic fields, confining the charge flow and squeezing it into filaments. Those confined charges increase the magnetic field strength, which squeezes the filaments even tighter. After a short time, Birkeland currents can form z-pinches, creating plasmoids that ignite like electric arcs. Plasma events are scaleable by many orders of magnitude, so filamentation and z-pinch phenomena are fractal in nature: from electrons to superclusters.

Since the idea that electricity flows through the Universe is commonly met with resistance by today’s consensus, electricity’s influence and attributes are unseen. As written previously, “seeing is believing” should probably be stood on its head: “believing is seeing”. When there is no inner context, outer realities remain invisible.