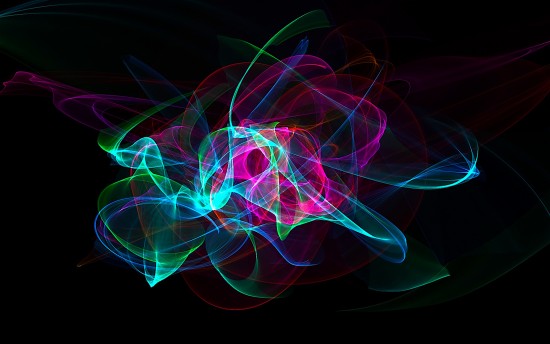 Back hole physics in the news again.

A NASA press release announced that the “most luminous galaxy” ever observed is being consumed by the black hole at its heart. The rapid motion of gas and dust revolving around W2246-0526’s so-called “event horizon” is generating extreme turbulence throughout the galaxy’s structure.

Tanio Diaz-Santos of the Universidad Diego Portales in Santiago, Chile wrote: “It is like a pot of boiling water being heated up by a nuclear reactor in the center.”

This is not the first time astronomers used the metaphor of steam to describe the behavior of celestial objects. The star, Alpha Orionis was also said to be emitting stellar matter because of violent vertical oscillations just beneath its surface, causing “hot gas” to blast into space, just as bubbles in boiling water erupt with puffs of steam.

In the case of W2246-0526, its central supermassive black hole (SMBH) is thought to be causing a similar process. The black hole’s gravity is said to draw gas and other matter into a formation called an “accretion disk”. Friction from gas and dust accelerating toward the black hole produces thermal energy sufficient to make the galaxy radiate with the force of 300 trillion stars like the Sun.

X-rays and other extreme wavelengths are, according to conventional theories, created by gravity and acceleration. Compressing hydrogen gas and dust is supposed to create enough transfer of momentum that it reaches temperatures in the millions of degrees. That high temperature is supposed to make the gas and dust glow brightly and emit high-frequency radiation.

W2246-0526, on the other hand, is optically hidden inside immense clouds of dark dust, so its output was detected by the WISE spacecraft (now repurposed as NEOWISE) that was capable of “seeing through” dust clouds.

Since the idea of electricity flowing through the Universe is usually ignored by astronomers, its influence and attributes are unseen. It has long been said that “seeing is believing”. However, when there is no inner experience, outer realities can often remain invisible. “Believing is seeing”, in other words.

Electricity surges out along galactic spin axes creating discharges in the millions of Coulombs per second. These electric currents form double layers that, like those in W2246-0526, can be seen as turbulence in the galaxy’s radial electric field. Electric charges spread out around the galactic circumference, flowing back to the core along the spiral arms. All of the elements in a galactic circuit radiate energy, indicating that they are powered by larger circuits. The extent of the larger circuits can be traced by radio telescopes through the polarized radio “noise” coming from those circuits.

Moving charges constitute an electric current that generates a magnetic field. When more charged particles accelerate in the same direction, the field gets stronger. Energetic events cannot be explained by local conditions, alone. The effects of an entire circuit must be considered. For that reason, while the consensus scientific worldview only permits isolated islands in space, populated by black holes, the Electric Universe emphasizes connectivity with a network of “transmission lines” composed of Birkeland current filaments.

Astronomers maintain that galaxies are clouds of hydrogen gas and intergalactic dust that were assembled by gravity until they coalesced into glowing thermonuclear fires. The conventional community also proposes that most galaxies contain black holes of unbelievable magnitude. It is those “gravitational point sources” that are supposed to cause galaxies to spin, jets of gamma-rays to appear, radio lobes to form, and oscillations to occur in synchrotron radiation, interpreted by astrophysicists as turbulence.

Electric Universe theory does not adhere to the idea of galaxies condensing out of cold, inert hydrogen and specks of zircon no bigger than a molecule. Galaxies move within filamentary circuits of electricity through the cosmos. The resulting electromagnetic fields organize masses of plasma sometimes larger than galaxy clusters. That plasma is primarily composed of neutral atoms, but free electrons, protons, and other charged particles are present, creating double layers.

Double layers with large voltages between them often exist. The electric forces in double layers are incomparably stronger than gravity. Double layers broadcast over a wide range of frequencies. Most significant to the press release, they can accelerate charged particles to extreme energies.

This vision of the Universe resolves itself into various components coupled to and driven by circuits at ever larger scales. Electrons and other ions accelerate through intense electric fields. It is that story that should be told and not the one about omnipotent gravity.