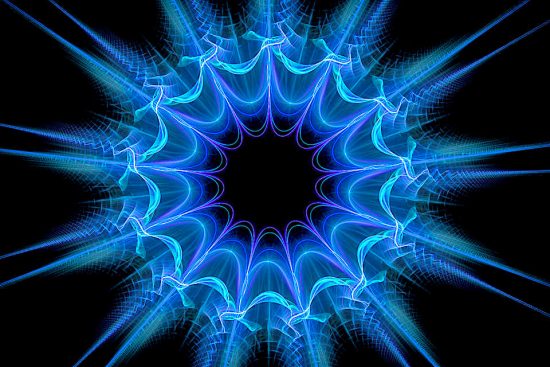 The stellar radiation connection to the royal and divine colors.

One problem that especially intrigued Roger Ashton in his early forays into the Saturn thesis concerned the nature of what he referred to as the primordial age of darkness. He was never comfortable with the dim, even if constant, illumination that proto-Saturn would have radiated were one to believe what the mytho-historical record intimated. As far as he was concerned, infrared and ultraviolet light would also have been required for the linkage of the terrestrial food chain. And since, according to him, proto-Saturn’s otherwise feeble light would not have been strong enough to scatter pale blue, the sky would probably have appeared a deep purple or magenta.1

It is a pity that, in later years, Ashton lost faith in the planetary nature of the proto-Saturnian configuration, as he also did in Earth’s primordial semi-darkness. Even so, when it came to Earth’s immersion in ultraviolet light, the reason he supplied for his retraction was not reliant on his broader loss of faith. What influenced him in this respect was the Hopi symbolic allocation of dark purple to Earth’s northern region, and the assignment of the color yellow to the east. As he explained, what passes for the polar assemblage in the mytho-historical record includes the allocation of colors to the points of the compass which has no scientific significance whatsoever. Thus, as he confessed, in the Hopi reference to “dark purple north and yellow east,” he “mistakenly took the purple for the darkness.”2

Now it is true that Earth’s four cardinal directions were allotted different colors by various Amerindian tribes, especially the Navajo,3 the Sioux,4 the Zuni,5 but also others.6 So, also, among the Mexicans,7 the Kalmucks of Siberia,8 the Hindus,9 and the Chinese.10 Moreover, the assignment of these colors by one tribe or nation do not match those designated by another. None of this, however, has anything to do with the Hopi datum that led to it, where the color purple is specifically related to “the first dawn of Creation.” Besides which, other than north and east, no other cardinal points or colors are mentioned by the Hopi in their Song of Creation. Like the Chinese and other ancient nations, what the Hopi did was associate the color purple with the north because that is where the primordial purple star had once resided, and the color yellow with the east because that is where the Sun that superseded proto-Saturn was eventually seen to rise.11

At the time Ashton proposed his theory, not enough was known about brown dwarfs. Since then, the situation has been more than compensated for. As it was eventually discovered, a vast amount of these dwarf stars happen to emit most of their radiation in the infrared.12 But blue and violet light are not absent from these dwarf stars. On the contrary, as Wallace Thornhill indicated, the light emitted by the L-type dwarfs is curiously bluer than expected. Thus, proto-Saturn’s “spectrum of light,” according to him, “would have been much redder than at present.” But also, “with a lower energy corona,” blue light would have been added, as so would ultraviolet. And so, in fact, was it eventually discovered as far as brown dwarf stars themselves are concerned.13

But would the actual disk of the proto-Saturnian sun have appeared of a purple hue? To tell the truth, the name “brown dwarf,” which was coined by Jill Tarter, is really a misnomer since these bodies are really anything but brown. According to Adam Burrows, not only do these stars “show a mix of red and blue,” but their tints “progress from red to purple to magenta.”14

Other than black, to which we shall soon come, blue and purple are the two dominant colors we have seen associated with the proto-Saturnian planet and its god. We especially note that purple and magenta, believed to be prominent in brown dwarfs, are the very two values of light that Ashton predicted to be required for a viable food chain under the postulated proto-Saturnian sun. As I have stated in a previous work, Ashton jumped the proto-Saturnian ship much too early…

In the meantime, discoveries from space continued to flood in and evidence to pile up. As often stated in our work, despite their difference, both in size and energetic yield, proto-Saturn’s flare can be compared to supernovae. As is now known, these much more active flares unleash a torrent of high-energy radiation including ultraviolet light,15 which, even at their greater distance, manage to increase the ultraviolet aggregate of Earth’s atmospheric shell.16 Imagine then what the radiation from the much nearer, even if less energetic, proto-Saturnian flare-up would have done to Earth and its atmosphere, to say nothing of its inhabitants.

As we have also previously noted, proto-Saturn’s final flare resulted from the interaction of its plasmasphere with the Sun’s heliospheric bubble and the different electrical potential it encountered once it had pierced through that enveloping sheath. According to Thornhill, “proto-Saturn would have switched from being a lightly stressed anode in the galactic discharge to a cathode in the Sun’s discharge environment.” Very much as in the more energetic case of supernovae, proto-Saturn’s emission of ultraviolet light would have suddenly increased,17 thus accounting for the purple dawn of Creation as contained in Hopi myth.

Saturn continues to emit infrared heat to this day,18 and while, at present, it no longer sheds ultraviolet light, the planet is actually surrounded by an invisible torus which radiates extremely in that very wavelength.19

Extracted from Chapter 12 of Metamorphic Star, one of the reconstruction books by Dwardu Cardona.