Current Models of the Sun — A Charged Subject Part 3 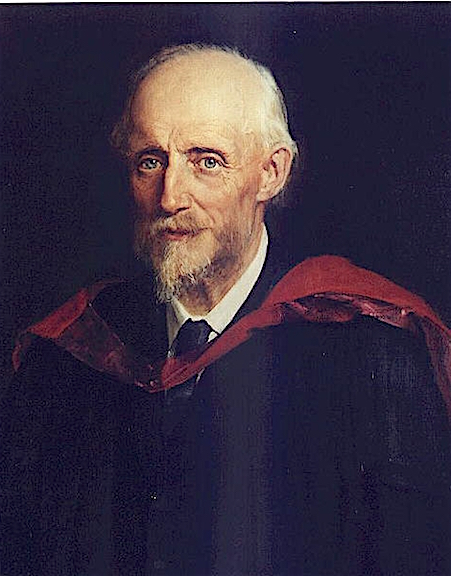 The ideas of the Irish-English physicist Osborne Reynolds (1842-1912) marked a further intellectual milestone. In a few little-known articles dated to 1870 and 1871, he suggested that cometary tails are not appendages ‘evaporated’ from the nuclei, but regions of local ‘ether’ illuminated under the electrical influence of the sun – again invoking laboratory work on discharge tubes:

“… when electricity, under certain conditions, as in Dr. Geissler’s tubes, is made to traverse exceedingly rare gas, the appearance produced is similar to that of the comets’ tails; the rarer this gas is, the more susceptible is it of such a state, and, so far as we know, there is no limit to the extent of gas that may be so illuminated. Hence we may suppose the exciting cause to be electricity, and the material on which it acts and which fills space to have the same properties as those possessed by gas. What is more, we can conceive the sun to be in such a condition as to produce that influence on this electricity which should cause the tail to occupy the direction it does. For such an electric discharge will be powerfully repelled by any body charged with similar electricity in its neighbourhood. The electricity would be discharged by the comets on account of some influence which the sun may have on them …”

“… there is matter in space in the form of gas, and … the comet causes it to be electrically illuminated by a brush …”

Like some of his precursors, Reynolds recognised the fundamental affinity between cometary tails, the planetary aurora and the solar corona – in what would today be called glowing plasma:

“I think this electrical hypothesis is supported by the, to me, seeming analogy between comets, the corona, and the aurora; an analogy which suggests that they must all be due to the same cause. … The aurora has long been considered as an electric phenomenon, and recently the same effect has been produced by the discharge of electricity of very great intensity through a very rare gas, there being no limit to the space which it will thus traverse. This being so, why should not the tails of comets and the corona also be electric phenomena? Their appearance and behaviour correspond exactly with those of the aurora, and there is surely nothing very difficult in imagining the sun which is the source of so much heat being also the source of some electricity. … it was sufficient to point to the aurora, which is universally admitted to be electrical … electricity may form the tails of comets and the corona.”

Reynolds’ characterisation of the luminiferous ether reads exactly like a modern description of cosmic plasma:

“… may we not assume that it is the medium which fills space that is illuminated by the electric discharges? … At any rate, it is certain that the appearance of streamers, the rapidity of change and emission, the perfect transparency and the wave-like fluctuations which belong to these phenomena, are all exhibited by the electric brush … I have only to add that the main assumption involved in the electric theory is, that space is occupied by matter having similar electrical properties to those of these … The reasoning I made use of was, essentially à fortiori. I pointed to the fact that the electric brush as seen in the Geissler tubes exhibits similar appearances, and that at the times of greatest display on the part of comets and the aurora similar conditions are present, such as a change in the action of the sun, conditions which, to say nothing more, are favourable to electric disturbance.”

Moreover, Reynolds realised that the electrical polarity of these respective systems did not reside in each individually, but was between the sun and the earth or a comet:

“It is quite clear that the tail of a comet cannot be due to a discharge between two electrodes situated on the comet itself. In the same way, from the position occupied by the corona, it can hardly be due to electricity passing between two electrodes on the sun. In fact, if a comet’s tail is electrical, it is due to a discharge of electricity of one kind or another from the comet, which, for the time, answers to one of the electrodes only. The same may be said of the corona and the sun. … the sun, acting by evaporation or otherwise, causes continual electric disturbance between the earth and its atmosphere, the solid earth being negatively charged and the atmosphere positively, and … the aurora is the reunion of these electricities taking place in the atmosphere. … If there is a continual electric disturbance between the sun and the medium in which it is placed, so that the sun becomes negatively and the medium positively charged, the reunion of these electricities would form the corona.”

Like Herschel before him, Reynolds contemplated the role of electricity in the driving mechanism of solar irradiation:

“It must not be supposed that I assume the sun to be a reservoir of electricity which it is continually pouring into space. I consider that the supply of electricity in the sun is kept up by some physical action going on between the sun and the medium of space, whereby the sun becomes negatively charged, and the medium positively. This may be well illustrated by reference to the common electrical machine … Assume, then, that the sun is in the position of the rubber, while the ether is in that of the glass: then the corona corresponds to the spark or brush which leaves the conductor. … If the corona be an electric discharge, the electricity will be continually carrying off some of the elements of the sun into space where they will be deposited and condensed.”

While Reynolds may have erred in his hunch that this continuous “stream of matter” from the sun explains the origin of meteors, he certainly intuited the notion of the incessant conveyance of electric fields in the solar wind correctly.

Richard Anthony Proctor (1837-1888) was an English astronomer who, in the early 1870s, similarly speculated on matter projected from the sun, the connection between solar prominences and magnetic disturbances on the earth and electrical comets.

In a monograph which saw the light of day in 1872, the German astrophysicist Johann Karl Friedrich Zöllner (1834-1882) rehearsed the opinion that comet tails and their directions are ‘a phenomenon of electrical repulsion’, due to ‘free electricity of the solar surface’. Zöllner contended that ‘the assumption of a distant electrical effect of the sun on all its encircling bodies is necessary and sufficient to derive all essential and characteristic appearances of the tails and vaporous shells of the comets.’ This involved ‘a permanent development of electricity on the surface of the sun which is continuously maintained by the processes taking place there’.

The American natural historian Jacob Ennis (1807-1890) penned an article entitled ‘The Electric Constitution of the Solar System’, which was published in 1878. In this, he defended a position already encountered above:

“The zodiacal light, the aurora borealis, the corona of the sun, and the tails of comets, are all different forms of the same thing. They are electrical brushes, precisely the same as the electric brushes which in the night are seen to fly off from a highly charged electric machine.”

Ennis envisioned ‘evaporation’ as the operative mechanism: “On our great globe, on the sun, and on the comets, the electric fluid is developed by evaporation.” On the earth, “the higher regions of the atmosphere are always highly charged with electricity. Ordinarily the ground is negative, and the air is positively electrified. … What becomes of this fluid? … it is driven off in the form of auroral streamers constantly far away into empty space as electrical brushes.” Comets “are easily evaporated and diluted by the sun’s rays; and in this evaporation they evolve unusual amounts of the electric fluid. … It is then, by the repulsion of the sun’s corona, driven backward all around like a fountain away from the sun, and it forms the tail …” And a similar process transpires on the sun:

“The corona of the sun consists of brushes of electricity. … They are caused there, as here, by the evaporation from the intense heat of the sun. They are so powerful as to drive the tails of comets, also electric brushes, in the direction away from the sun. They drive away from the direction of the sun our zodiacal light, and our aurora borealis, and aurora australis, all three of which must be regarded as the perpetual tail of our planet, in many respects similar to the tail of a comet … the auroral streamers … point away from the sun, like the tails of comets, driven by the sun’s electric repulsion.”

“It is doubtless an effulgence, a constant streaming forth of electricity, like the aurora borealis, or like the zodiacal light, from every part of the sun’s surface. … we can think of it as nothing but an outflow of electricity, an electrical brush, or as thousands of them united. … As evaporation from the sun is millions of times greater than from our earth, so the evolution of electricity may be in proportion. … In appearance and in action there is a perfect identity between our aurora borealis and the corona of the sun. … No one has said that the zodiacal light is electric, and that this and the auroral streamers, always like comets, point away from the sun. No one has regarded all these phenomena as emanating from a common cause: the solar heat causing evaporation. No one has supposed that the far distant solar corona, by mere electric repulsion, drives off the tails of comets, the auroral streamers, and the zodiacal light.”

From a modern point of view, Ennis can be said to have conflated the solar corona with the solar wind, insofar as the latter is the direct cause of the spatial distortion of planetary and cometary magnetospheres. Nevertheless, Ennis’ contribution was no small achievement considering that it was made nearly a century before the existence of the solar wind was confirmed empirically.