Current Models of the Sun — a Charged Subject 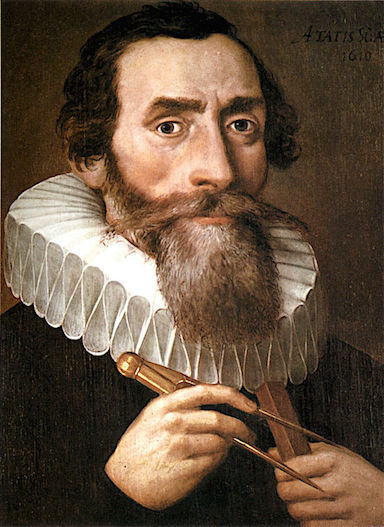 “The usual fate of attempts to found a cosmo-physical theory upon experimental results is scarcely such as to encourage imitators.”
—Eugen Goldstein (1881)

‘Electric sun’ is a vague term, as equivocal as it would be to speak of an ‘electric earth’ or a ‘gravitational sun’. Does it mean that electrical activity occurs on the sun, that the sun is charged with respect to its spatial environment, that the sun is powered electrically – or all three? In each case, a long line of early scientists anticipated modern ideas – to such an extent that it seems reasonable to regard electrical models as the dominant fashion in 19th-century heliophysics. As this is a history that remains to be written, itself a mere chapter in the wider history of plasma-universe theory, a preliminary rummage through the views of some of the key players may be energy well spent.

Perhaps a logical place to start is the search for the motive power (anima motrix) controlling the revolution of the planets around the sun as undertaken by the German mathematician and astronomer Johannes Kepler (1571-1630). Kepler endorsed the heliocentric theory recovered by Copernicus, but felt the need to make sense of it in physical terms. Long before the kinship between electricity and magnetism was fathomed, the appearance of Gilbert’s tome on magnetism in 1600 Galvanised Kepler’s quest. In a private letter dated to 10 February 1605, Kepler wrote:

“I am much occupied with the investigation of the physical causes. My aim in this is to show that the celestial machine is to be likened not to a divine organism but rather to a clockwork …, insofar as nearly all the manifold movements are carried out by means of a single, quite simple magnetic force, as in the case of a clockwork all motions [are caused] by a simple weight.”

In works published in 1609 and 1610, Kepler outlined his magnetic theory of planetary motion around the sun:

“… the sun’s body is proved to be a sort of magnet; and, by the example of the earth, it is shown that there are magnets in the heavens.”

“Here, one might inquire of me, what sort of body I consider the sun to be … I would ask him to proceed under the guidance of a further analogy, and urge him to inspect more closely the example of the magnet … the power moving the planets is propagated from the sun in an orb, and is weaker in the more remote parts of the orb. … Thus it is credible that there is in the sun no force whatever attracting the planets, as there is in the magnet, (for then they would approach the sun until they were quite joined with it), but only a directing force, and consequently that it has circular fibres all set up in the same direction, which are indicated by the zodiac circle. Therefore, as the sun forever turns itself, the motive force or the outflowing of the species from the sun’s magnetic fibres, diffused through all the distances of the planets, also rotates in an orb, and does so in the same time as the sun, just as when a magnet is moved about, the magnetic power is also moved, and the iron along with it, following the magnetic force.”

“… the magnetic filaments of the sun, considered in themselves, do not move, but only inasmuch as the sun, rotating very rapidly in its space, carries the filaments around …”

In a book from 1620, Kepler developed the concept of the ‘magnetic sun’ further by proposing a spherical magnet with one pole at the centre and the other distributed over its surface, causing the planets to be propelled around it by alternate attraction and repulsion.

Arcane though this language may sound, Kepler effectively predicted the continuous dispersion of heliomagnetic fields in the rotating solar wind, which do influence the earth’s spin somewhat, however minutely. But this vindication lay more than three centuries in the future. Kepler’s pioneering thoughts of a ‘magnetic sun’ faded into oblivion during the heady days of the Enlightenment, when the star of Newton’s gravitational theory rose to the zenith and the mystical notions with which Kepler interwove his ideas may have seemed less palatable.

Speculations on solar influences on geomagnetism began to thrive during the 18th century, mainly because of the desire to make sense of the aurora. In 1780, the French physicist Charles-Augustin de Coulomb (1736-1806) professed that ‘the sun acts on the terrestrial globe like a magnet acts on another magnet’, while ‘the solar atmosphere, known by the name of zodiacal light, will be nothing but a magnetic fluid …’

The earliest hints of an ‘electric sun’ seem to have arisen at around the same time as the discovery of the correlation between electricity and magnetism, in the early 19th century. Moreover, they were also intertwined with comet theory. The observation that the tails of comets point away from the sun, as if electrostatically repelled by it, apparently provided the earliest impetus for the surmise of electrical charge on the sun. In 1812, the German physician and astronomer Heinrich Wilhelm Matthias Olbers (1758-1840) could barely resist ‘in connection with that to think of something analogous to our electrical attractions and repulsions’: ‘For why should this powerful force of nature, of which we already see such significant effects in our humid, ever conductive atmosphere, not be operative in the cosmos at large by a measure far exceeding that of our minuscule perceptions?’

In a letter to Olbers composed in 1835, his compatriot, the mathematician and astronomer Friedrich Wilhelm Bessel (1784-1846), suspected a similar solution to the same problem, but went further by attributing the luminosity of these tails to electricity too – as acknowledged in the modern understanding of the ion tails of comets: ‘I believe that the emanation of the tail of the comet is a purely electrical phenomenon: by the transition from a larger to a smaller distance from the sun, corpuscles on the comet and the comet itself are electrified and hence repelled. Oh, if only one could examine the light of the tail, in order to find out whether it is electrical!’ A year later, Bessel expressed himself with more reticence in a published article:

‘… nor would one have to search long if it came to finding similarities between these appearances and those which have been observed with electricity and magnetism.’

The English polymath John Frederick William Herschel (1792-1871) elaborated these views in an astronomical study published in 1847. Commenting on the appearance of comet Halley in 1835, he wrote:

“If we now inquire by what forces it is possible that such a form of equilibrium can be maintained, we shall at once perceive that the laws of gravitation, as at present recognized, are altogether insufficient to account for it. … The exceeding energy of the electric in comparison with the gravitating force as exerted on matter of equal inertia is strongly in its favour.”

On the position of the comet’s axis, “the sun exercises a directive power, as it would on a magnet, if itself magnetic; or rather, as a positively electrified body would on a non-conducting body of elongated form having one end positively, the other negatively excited.” Supposing “the sun to be in a permanently excited electrical state”, he went on:

“… I cannot help remarking that the conception of a high degree of electrical excitement in the matter of the tail (of the same character with that of a permanent electrical charge supposed to be resident in the sun), superadded to the ordinary conception of a gravitating nucleus would satisfy most of the essential conditions of the problem. That the sun’s heat in perihelio does actually vaporize a portion of the cometic matter, there can no longer, I think, be any reasonable doubt. That in such vaporization, a separation of the two electricities should be effected, the nucleus becoming (suppose) negative, and the tail positive is in accordance with many physical facts.”

Comets aside, in 1833 Herschel also sparked off the idea that sunlight itself could be produced by electrical currents traversing the sun’s outer shells:

“Electricity traversing excessively rarefied air or vapours, gives out light, and, doubtless, also heat. May not a continual current of electric matter be constantly circulating in the sun’s immediate neighbourhood, or traversing the planetary spaces, and exciting, in the upper regions of its atmosphere, those phenomena of which, on however diminutive a scale, we have yet an unequivocal manifestation in our aurora borealis.”

Years later, Herschel reiterated the structural comparison of the sun’s electrical environment with the earth’s aurora. In a letter to Michael Faraday written in 1852, he afffirmed his belief to “stand on the verge of a vast cosmical discovery such as nothing hitherto imagined can compare with”: “Confer what I have said about the exciting cause of the Solar light – referring it to Cosmical electric currents traversing space and finding in the upper regions of the Suns [sic] atmosphere matter in a fit state of tenuity to be auroralized by them … (Query the red Clouds seen in Solar Eclipses – are they not reposing auroral masses)”.