Home Picture of the Day X-clamation 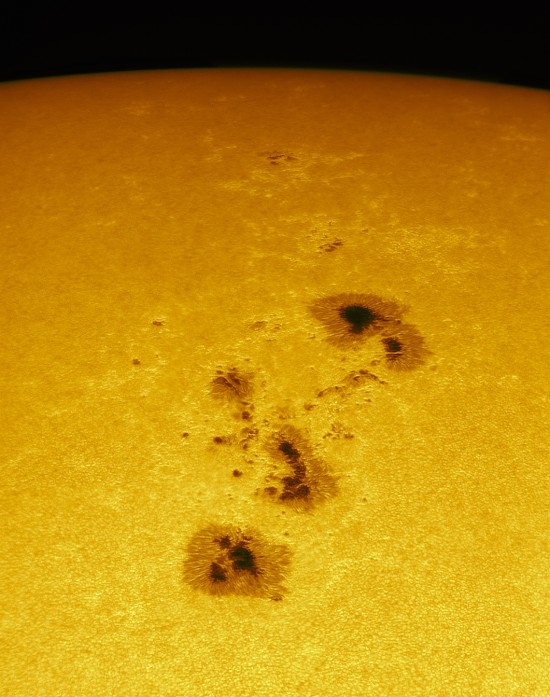 Heliophysicists classify solar flares according to their brightness in X-ray wavelengths. C-class flares are the smallest on the scale, with X-ray measurements in the 10^-6 watts per square meter range (W/m^2), while X-class flares can exceed 10^-4 W/m^2. Why is that important? An X-2 solar flare has enough energy to overload satellite circuits and disrupt other forms of communication should its full force be directed at Earth.

Modern astronomers believe that solar flares, or coronal mass ejections (CME), occur when magnetic reconnection events in the Sun’s atmosphere cause a short circuit in “magnetic field lines”. According to one theory, ‘magnetic energy” then accelerates the superheated gases into space. Although no one knows what “magnetic reconnection” is, it is the only explanation offered.

However, in an Electric Universe filled with electric stars, there is a more obvious explanation: electric fields in space. Whenever there is a separation of charges in a plasma, an electric field will appear between those regions. That field can accelerate charged particles, forming coherent flows of electricity throughout the Solar System.

The massive filament observed in association with sunspot 2339 reveals its electrical parentage, underscoring Electric Universe advocate Wal Thornhill’s assertions: “After 100 years of neglect, an electrical model of stars is just beginning to emerge. It is an engineer’s view that offers a coherent understanding of our real place in the universe (cosmology) and practical insights for the future exploration of space. If the Sun shines as an electric light ‘plugged in’ to the Electric Universe, the objective tests become obvious. Perhaps, with a real understanding of stars we may reach childhood’s end in the cosmos.”