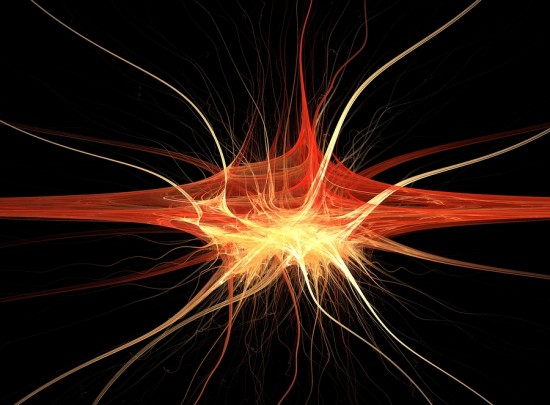 Each field of scientific study, from the science of electrochemistry to the science of human group behavior, is ideally built upon a history of illuminating experiments. This is not always the case to be sure, as some fields become driven by barely-tested theories, and some sprouted from an ideological past touched with particular biases that would shape future experiments. But even an ideal discipline of science must contend with an inevitable complication: experiments will only reveal what our mind, technologies, and techniques of measurement are prepared to see at the time, and all three of those things are destined to evolve.

In fact, one could say that in our age of unprecedented technological and informational advancement, it ought to be a great challenge for the first thing in that list of three to keep pace with the growth of the latter two! If life features pervading themes of electrical behavior, which will become apparent throughout the sciences as technologies and techniques for its detection increasingly mature, then the Thunderbolts Project is only part of a multidisciplinary wave of new science. One could say this wave is not just “new” science, for in this collective wave there are plenty of ideas which are simply re-discovered every few decades by someone with the creativity or technological aptitude to look where others do not.

That person is then ideologically told that their field already makes enough sense and to stop rocking the boat. From their perspective within their field, they might accept their peers’ narrow view that they are but an isolated dissenter, but from the view of an analyst standing further back and observing these trends of discovery and emotional rejection across many disciplines, it is clear that this person is but one of many individuals who fuel the next natural wave of scientific revolution.

Back in October of 2010 at a Google workshop on quantum biology, biophysicist Luca Turin presented excellent initial evidence to suggest that GABA receptors functioned primarily by the principals of molecular electronics, rather than by the “lock and key” theory which many scholars might have mistakenly assumed was confirmed as fact. His dedicated investigation of a bevy of experiments from Russian and American sources added up to a very clear picture of what is possible, or even most likely, in the biology of brain receptor sites. He argued that benzodiazepines (sedative/hypnotic drugs for relaxation or sleep) function like transistors that plug into GABA receptors so as to complete a circuit.

The benzodiazepine molecule has such a strong electron affinity that when it docks with the receptor site it will actually pull an electron from the long protein that extends through the cell membrane. This change to the protein’s charge now transforms it into a conductor that will transport electrons across the cell membrane, and through the newly formed circuit that the benzodiazepine has completed.

Quantum of Solace – The Molecular Electronics of Benzodiazepines

Such a discovery – that the nuances of a molecule’s electrical properties could be more important than its shape as the deciding factor in its operation — has obvious implications for pharmacology. Whether for designing molecules, or for understanding the brain, it is a noteworthy change to conceive of these molecules as field-effect transistors. “Biologists aren’t used to thinking of electrons crossing membranes,” Luca remarked when discussing the research he had now pieced together as compelling evidence of this effect. If open-minded scientists were to come upon a proof that the effects he observed were explainable in some way other than by his theory, he has the uncommon personality of a man who would take such news well.

Regardless of what we discover in the next decade, it is always a valuable service when a scientist collects important findings that could have remained forgotten or unseen in their field for years to come.

Thunderbolts Project contributing scientist Gerald Pollack has similarly done much work to explore the seemingly familiar, not that he set out with that intention as decisively as Dr. Turin did. As you likely know from Dr. Pollack’s presentation at our conference or from his many interviews and discussions online, he and fellow scientists came upon striking electric dynamics in water. The “exclusion zone” formed at the boundaries of water is so robust that it can repel solutes back into the main water region, or form a layer durable enough to hold water aloft in the air between two beakers when it is stimulated with a powerful electric current. The observed tendency for radiant energy and sunlight to replenish the charge of the exclusion zone, and the theoretical ways in which cells may indeed use this energy for everyday processes, could re-write many of our assumptions about microscopic anatomy and macroscopic health!

Dr Pollack has also spent time examining the plight of others who have been either willingly or unexpectedly thrust into the role of pioneer, and at the same he has contemplated the plight of science as a whole when great change is afoot. He co-founded the Institute for Venture Science as means of identifying proposals which are scientifically strong but contrary to long-held beliefs, and supporting both their research process and integration into their larger field. As part of building his case for why the Institute is so needed, he explained the tragedy of “the dying branch effect.”

As a branch of scientific theory dies, most of the smaller branches and twigs of specialized trade knowledge derived from that theory will become suddenly substandard or even obsolete, and one’s career viability will suffer. In the sciences today, a sudden revolution in scientific understanding here or there could imperil the livelihood of hundreds if not thousands of people. The sub fields of theoretical astronomy may be a domain where the shadow of the dying branch effect looms most ominously and with some of the most extreme potential results. But I expect the more prominently guiding corporate forces in other fields – product-focused fields like pharmacology – should foster the dying branch effect sooner. As we look to innovators in other fields, particularly those (re)discovering so many electrical effects throughout nature, we should be ready to provide intellectual and social support for them in the trials they face and the chaotic tension that sweeps through any field where a branch is about to fall.

I believe we may see this effect in one community where the science of chemistry is applied, that being the perfume industry. Once again we see the likely discovery of more electrical dynamics of life constantly at work in a long-thought familiar territory, this time in the science of olfaction. Also once again, the catalyst for this discovery is Luca Turin, who posits that our nose determines a molecule’s scent not based upon the shape of the molecule it smells, but by its particular electric frequency.

In a TED talk Dr. Turin first brought up some notable inconsistencies in the molecular-shape-model of smell, and then presented examples of the increased explanatory power of a frequency-based model (in a process of logical comparison quite familiar to Thunderbolts Project viewers). He explained how the process of detecting molecular electric frequencies can occur using only components of nano-scale size, using materials already present in the tissues of the nose. These sensor cells would likely be tuned to one particular frequency out of a range of frequencies. The presence of the correct electronic frequency would serve as a literal “energetic bridge” to allow electron movement to occur within the cellular apparatus, in an effect known as indirect electron tunneling.

The truly strong evidence or “proof of concept” in this case was his explanation of how commercially successful this theory had been, and how dramatically it transforms the scientific aspect of the perfume industry. In far less time, at much less cost, and without the laborious process of trial-and-error that a chemist requires, one can simply calculate the needed molecular frequency to produce a scent and then have it in hand (or in bottle rather) in only a few easy weeks.

Despite disbelief among the chemistry community, Luca Turin (and his coworkers in the new company which was founded around him) find that open-mindedness is sometimes just one dramatic and tangible demonstration away. Dr. Turin exclaimed: “When you put a little 10-gram vial on the table in front of perfumers and it smells like coumarin, and it isn’t coumarin, and you found it in three weeks, this focuses everyone’s mind wonderfully!”

The Science of Scent

Resistance or outright sabotage towards emerging new methods and mindsets can occur, but in an era of readily available information and dialogue, the plight of the pioneer is changed substantially. At the same Google Workshop where Dr. Turin discussed benzodiazepines, Stuart Hameroff was also able to refute and dispel misunderstandings about his work, sowing a change of heart in attendants and viewers who had previously only heard those misunderstandings.

Most scientists are not foolish, but they can easily be misinformed by their peers and trusted institutions, especially when those doing the misinforming are authentically convinced that what they are saying is true or reasonable. This is to say nothing of how a well-designed media takedown will shut anyone’s mind, and indeed I wish the best for people like Dr. Turin in light of how much unexpected change a pioneer can set in motion.
If many people are put in a position where they could lose their worldview or their jobs if our theories and evidence become accepted, then it does raise the question of how they will respond.

In the long tradition of fearing instability and loss of profits, funding corporations may indeed attack ideas or careers. But while playing dirty is not uncommon in the history of science and corporate R&D, the information age empowers pioneers to defend themselves by producing a cornucopia of strong evidence and well-reasoned arguments for all to see.

Whatever your chosen field of science, you can extend your gaze across the multidisciplinary landscape for like-minded pioneers catalyzing a brighter future, even those in markedly different disciplines who might relate to your subject (the EU conferences being a prime example of this). Starting a conversation with those in other fields may resolve niggling problems, or enrich our work with a new methodological outlook and new tools, besides making new friends with whom to weather the stormy cycles of change.

Alexander Fournier graduated John F. Kennedy University with a Masters Degree in Integral Psychology – a field specializing in the psychosocial analysis of individuals, groups, and belief systems. He is enthusiastic about resolving cultural misunderstandings between social groups, and helping the human species to become less accustomed to using heuristical/presumptuous reasoning. He can be reached at friendlyanalyst@gmail.com