Home Thunderblogs So, You Want To Learn More…

So, You Want To Learn More… 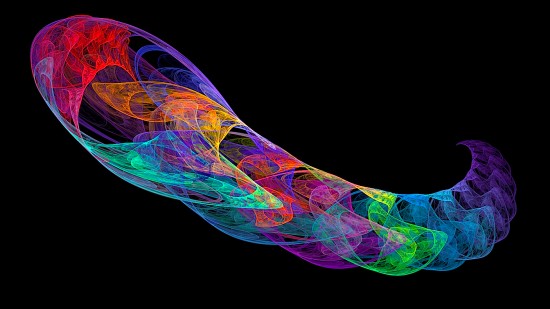 Many of you are new to Electric Universe Theory and Thunderbolts. You are here to learn, because you’ve already seen some video, or been introduced by a friend. You want to dive deeper. And we want you to.

We want people to see the science, and realize it is the same science that runs the computer you’re looking at – the same physics we all use and trust in our everyday lives. .

This is a reader’s guide for the best resources to get you up to speed.

By the time you’re through these seminal books and media, you will be well informed and able to define your own direction of special interests in the many dimensions of the Electric Universe (disciplinary dimensions that is, we only have three physical dimensions in space).

There is plasma physics, electrical engineering, planetary science, geology, archaeology, mathematics, mythology, history – all aspects of human history and the solar system must be re-examined in light of EU Theory, and EU Theory impact will expand as we learn more.

Many publications by the EU do not involve mathematical modeling, but do a very nice job of taking observations and explaining them in a simple, direct manner, contrasting the math-intensive approach developed over centuries by mainstream science.

It is partly why many mainstream scientists dismiss the EU concepts, “because they don’t show their math”.  It is more complex than that, and EU thinking can often make better predictions of outcomes than the scientists with their “better” mathematical models.

The math will follow, as the observations and data provide the details we are still exploring. Welcome to the adventure.

Thornhill and Talbott’s, “The Electric Universe” — To get a better idea of what the EU says about stars and plasma phenomena.  No math; easy to read and understand. Visit Wal Thornhill’s website, Holoscience or read extensively on this one.

Dr. Donald Scott’s,  “The Electric Sun” — An excellent introduction to an electrical engineer’s perspective on our closest star.  He is also an accomplished amateur astronomer. Dr. Scott’s website is electric-cosmos.org. Be sure to read his papers, especially one on the magnetic field around a cylindrical Birkeland current to get essential understanding of plasma behavior. He has good links on his site to other subjects and authors.

Dr. Gerald Pollack, “Cells, Gels, and the Engines of Life” and “The Fourth Phase of Water” — Good for electrical explanations in fields such as biology and chemistry that traditional scientists often do not consider.

Dr. Anthony Peratt, “Physics of the Plasma Universe” — Read all you can find or purchase by this man.

Dr. Hilton Ratcliffe, “The Virtue of Heresy,” “The Static Universe” and most recently, “Stephen Hawking Smoked My Socks” — He is a radio astronomer and astrophysicist from South Africa.

Dr. Hannes Alfvén, “Cosmic Plasma,” “Evolution of the Solar System,” and with Carl-Gunne Fälthammar, “Cosmical Electrodynamics: Fundamental Principles” — Winner of a Nobel Prize in Physics for his work on magneto-hydrodynamics, this Swedish plasma physicist and astronomer/cosmologist presents his foundational work on plasma physics.

Dr. Halton Arp, “Seeing Red” and “Quasars, Redshifts, and Controversies” — Halton’s sad story is that he defied the common interpretation of red shift as a distance marker, and was banned from telescopes in the United States by the scientific community. “Seeing Red” a play on “red shift” and “anger,” which got him in trouble with mainstream astronomers.

Dr. Paul Bellan, “Fundamentals of Plasma Physics” — The best mainstream introductory text at the university level on plasma physics, by a Canadian physicist who teaches at the California Institute of Technology, and who specializes in solar and stellar phenomena in his laboratory. The math involves calculus and advanced equations that might be difficult to follow, but the text is direct and easy to read.

Thomas S. Kuhn, “The Structure of Scientific Revolutions” — On the cycles of revolution in science, useful to understanding how some writers view periods of major changes in sciences that have become rigid and dogmatic. There are many, many other books on the history of physics and sciences, which are useful to get a broad perspective on what has happened in our past, and how things have ended up as they are today, right and wrong.

Jeff Schmidt’s, “Disciplined Minds” — Will give insights into achieving a balanced perspective, and learn how to determine when a scientist might not be making his basic assumptions correctly, or may be biased in his explanation, or is excluding observed phenomena, like electrical and plasma effects from the possibilities, which is very easy to do.

There are also resources and discussions on Thunderbolts Forum – Here you can follow discussions on many subjects to see what makes sense to you, and what does not.

Thank you for your interest and the best of luck as you begin your exploration!

Adapted by Andrew Hall from a letter by Jim Johnson to a person new to the EU paradigm.  Jim Johnson is the editor of the Essential Guide to the Electric Universe.  Andrew Hall is an engineer and writer, who spent thirty years in the energy industry.  He can be reached at https://andrewdhall.wordpress.com/