On the Ball — A History of Terrella Research — Part 1 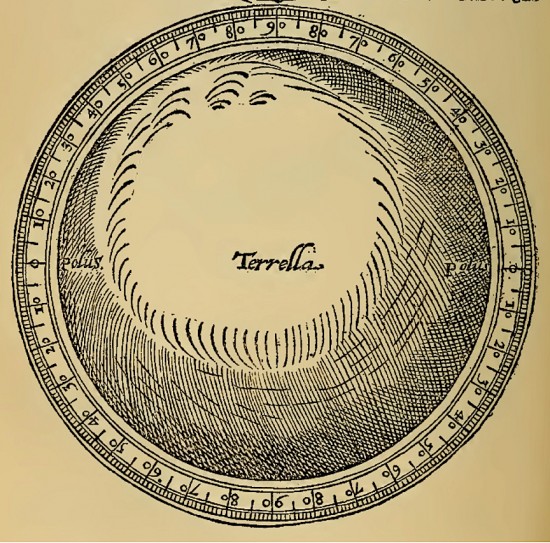 Astronomical bodies such as the earth, the moon, the sun or any other moons, planets and stars are too large or too distant for direct experimentation with their global properties, even in the Space Age.

A terrella (Latin for ‘earthlet’, ‘earthkin’ or ‘little earth’) is an artificial sphere representing a celestial body, on which laboratory experiments can be performed, usually involving electromagnetism. The understanding that results obtained with terrellae might be reliable guides to otherwise inscrutable processes rests on the valid belief that physical laws apply across many orders of magnitude.

The terrella was apparently pioneered by the French military engineer Petrus Peregrinus alias Pierre Pélerin de Maricourt, who was possibly a Crusading knight. In a letter dated to 1269, which has been dubbed “the first scientific treatise ever written” or “Europe’s first work of true science”, Peregrinus attempted to unravel the nature of magnetism. Employing lodestone, the strongest natural carrier of magnetism, he constructed a “round magnet” (Magnes rottundus) or “sphere” (Sphera) so as to resemble the assumed form of the cosmos:

It was by extrapolation from his original observation of two magnetic poles of opposite signs at the two ends of a diameter through the sphere that Peregrinus postulated the existence of a cosmic dipole field in which the central earth was immersed.

From a methodological point of view, Peregrinus acted upon his opinion that a knowledgeable investigator should give precedence to practical experimentation over theory:

“For by his carefulness he will be able in a short time to correct an error which in an age he could never do by his knowledge of natural sciences and mathematics, if skill were lacking in the use of his hands. For in occult matters we investigate many things by manual industry …”

With this simple insight, Peregrinus opened up a realm of possibilities which even the ancient Greek philosophers had barely fathomed. A modern historian of science remarked that he newly “introduced the one crucial element missing from previous scientific endeavours: the idea of learning from experimentation.” Yet this statement may have to be nuanced. Peregrinus’ obsession with laboratory work, the properties of a ‘stone’ and “occult matters” (occultis … operibus) suggests a chain of alchemical forerunners. In addition, Peregrinus shared his correlation of the poles of the macrocosm with those of a microcosm with a long line of alchemists as well as Hermeticists. The latter’s famous maxim ‘as above, so below’ and vice versa had appeared in a Latin translation of an Arabic text just a couple of decades before Peregrinus composed his letter, which was edited by Roger Bacon (c1214-1294), who held Peregrinus’ research in the highest regard.

In 1600, the English physician and scientist William Gilbert (1544-1603) confirmed that the earth is a ‘large magnet’ (Magnus magnes). He repeated Peregrinus’ emphasis on practical experimentation and similarly utilised a lodestone sphere to simulate the earth’s magnetic field. It was Gilbert who coined the term terrella for this object:

“But inasmuch as the spherical form, which, too, is the most perfect, agrees best with the earth, which is a globe, and also is the form best suited for experimental uses, therefore we purpose to give our principal demonstrations with the aid of a globe-shaped loadstone, as being the best and the most fitting. … To this round stone we give the name Μικρόγη (microge) or Terrella (earthkin, little earth).”

Following a thorough investigation of magnetic inclination, Gilbert concluded: “All the experiments that are made on the terrella, to show how magnetic bodies conform themselves to it, may … be shown on the body of the earth …”

Between 1706 and 1713, the English physicist and instrument-maker Francis Hauksbee the Elder (c1666-1713) developed an electrostatic hollow glass-globe friction machine for his pioneering exploration of the luminescent properties of electrical discharge. The apparatus was described by the Danish bishop and historian Erik Pontoppidan (1698-1764):

“Having pump’d out all the air from a glass-globe, he caus’d it to turn on its axis very swiftly by means of a rope with a wheel and pulley; then rubbing the glass with his hand during its motion, there appear’d a great deal of light of a purple colour within the globe, without any light or attraction observ’d on the outside of the glass, which is observ’d when the air has not been pump’d out. … Does it not appear that the external air, by its electricity, at first drives back the electric effluvia of the glass, which go then to the inside of the globe, where there is the least resistance?”

Writing in 1717, the English Royal Astronomer Edmond Halley (1656-1742) took Gilbert’s terrella-earth analogy to a higher level by explaining the earth’s aurorae by means of such electrical experiments: “… we shall endeavour to exhibit the manner of the Circulation of the Atoms concerned therein, as they are exposed to view, by placing the Poles of a Terrella or Spherical Magnet on a Plane, as the Globe on the Horizon of a Right Sphere: … Now by many and very evident Arguments it appears that our Globe of Earth is no other than one great Magnet … It suffices that we may suppose the same sort of Circulation of such an exceeding fine Matter to be perpetually performed in the Earth, as we observe in the Terella [sic]; which subtile Matter freely pervading the Pores of the Earth, and entring into it near its Southern Pole, may pass out again into the Ether, at the same Distance from the Northern, and with a like Force; its Direction being still more and more oblique, as the Distance from the Poles is greater.”

“To this we beg leave to suppose, that this subtile Matter … may now and then, by the Concourse of several Causes very rarely coincident, and to us as yet unknown, be capable of producing a small Degree of Light; perhaps from the greater Density of the Matter, or the greater Velocity of its Motion: after the same manner as we see the Effluvia of Electrick Bodies by a strong and quick Friction emit Light in the Dark: to which sort of Light this seems to have a great Affinity. This being allowed me, I think we may readily assign a Cause for many of the strange Appearances we have been treating of, and for some of the most difficult to account for otherwise; as why these Lights are rarely seen anywhere else but in the North and never, that we hear of, near the Equator …”