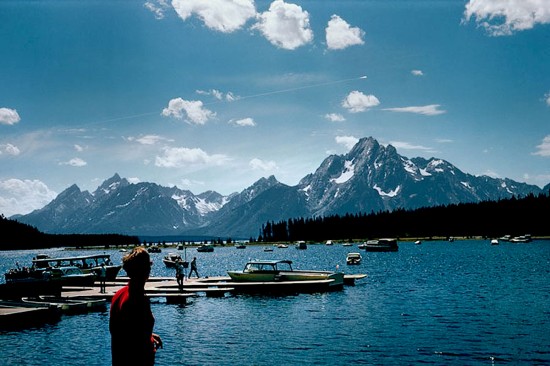 “The Great Daylight Fireball of 1972”. Approximate altitude is 57 kilometers in this image.
Credit: James M. Baker

Some meteors begin to flare in the mesosphere.

What causes large meteors to “burn up” or explode in Earth’s atmosphere? Is it friction and other aerodynamic effects? Is it that they are loosely conglomerated, being so frangible that turbulence causes them to breakup?

During most meteor showers visible from the ground, the bright streaks across the sky are the result of dust grains vaporizing at temperatures of approximately 1600 Celsius. The tiny particles are smaller than a grain of sand, but some reach pea-size. It is those pebbles that leave the long, bright flares behind them; sometimes persisting for several minutes. Occasionally, however, large objects enter Earth’s field of influence.

It is estimated that meteors the size of basketballs hit our atmosphere four to six times per year. Most of those are destroyed long before they strike the ground. The meteor that exploded over Chelyabinsk, Russia is estimated to have been 20 meters wide, weighing as much as 10,000 metric tons. The bus-sized chondrite exploded at an altitude of about 35-40 kilometers with a force equal to a 500 kiloton atomic bomb. Those events are rare, occurring only once every hundred years.

As a previous Picture of the Day argued, there could be other forces involved when space-borne metallic or stoney masses approach Earth. The reason so few of them reach the surface is that they are affected by electromagnetic fields.

Earth’s ionosphere is connected to the Sun by filaments of electric charge, so the upper levels of the atmosphere experience the Sun’s influence. Since it has a plasmasphere, Earth is electrically active. It is coupled to circuits that are part of its relationship to the Sun and to other planets and moons. Since Earth is immersed in the stream of ions permeating space, it holds an electric field at its surface of 50 – 200 volts per meter. The average potential between ground and the ionosphere, called “the atmospheric electric potential”, is 240 kilovolts, but can reach as much as 400 kilovolts.

As a meteoroid approaches Earth, it enters regions of varying electric flux. Between 100 and 200 kilometers, it encounters an area of peak amplitude known as “the dynamo region”. This region is where there is the greatest conductivity in Earth’s magnetic field, or its “maximum electric equipotential”. The largest electric charge flow along Earth’s geomagnetic equator takes place in the dynamo region.

Electric charge separation occurs in the upper atmosphere because “tidal winds” move the ionospheric plasma against Earth’s magnetic field, inducing powerful electric fields and currents. The tidal wind charge effect is connected to the Sun by incoming Birkeland currents described elsewhere. As Earth rotates beneath the Sun, a 140,000 ampere current is generated through transformer action: the dynamo region acts as the primary coil, while Earth is the secondary. The transformer action, along with other electromagnetic induction events, creates bands of oppositely charged plasma that move east and west around the planet, following the geomagnetic equator.

Since Earth’s atmosphere varies in its conductivity and the strength of its electric fields, anything moving at high velocity through those divisions will start to accumulate electric charge. This is similar to what comets experience. Comets travel through a differential electric potential as they move toward the Sun. The variable electric fields cause visible glow discharges and energetic jets from their surfaces. Plasma filaments connect comets with the Sun’s electric field, generating “hot spots” on them. So hot that extreme ultraviolet light and X-rays have been detected.

In that same way, electric charge inside a meteoroid increases until voltage against its surface causes an electric discharge—something like an internal lightning bolt. The discharge creates momentary high temperatures inside the meteoroid, enough to vaporize some of its inner substance. That heat pulse causes internal pressures that exceed the tensile strength of the meteoroid and it explodes.

This is why some meteors are seen to flare at altitudes of 200 kilometers, or more, far above any atmospheric density sufficient to cause them to melt from friction. It also explains why some flaring meteors sometimes trigger red sprites along their ionization pathways. These occurrences are called “meteor-triggered jet events”.

In conclusion, it is inadequate to base meteor or flaring bolide behavior on kinetic effects, alone. Electricity, as in most cases, contributes substantially to their activity.