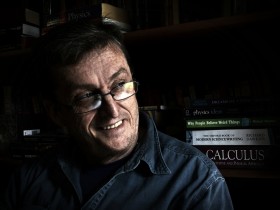 There is a particular and almost magical property of matter that has a profound effect on every single thing we’ve ever come across. It’s called spin. In a sub-atomic particle, or a planet, or a star, or a galaxy, or the silken touch of a sunset breeze, it’s the same thing. The duality of opposing characteristics is what makes the world go around. Without it, the universe would be totally uniform, smooth, and featureless. In a word, dead. Polarity in opposition to itself results in spin, and it is upon spin that our Universe lives and breathes. Look closely at astrophysical systems and remember this: Systems, from atoms to galaxies, are a balance of attraction and repulsion. While electricity and magnetism are polarised and therefore capable of both attraction and repulsion, gravity is not. It can only attract. The morphology of any material system depends upon its rotational state. It sets the basis of a continuous trend, an eternal stream that underpins the entire knowable realm of energy and matter, and casts into stone the principle of duality. The imperative to spin is so fundamental that it is difficult to determine the sequence in which these critical steps follow one another.

In the first instance, unless a body of mass rotates, it will collapse under its own gravity, so the populants of our universe just have to rotate! Spin is an embedded response to duality, and whether it precedes or follows the advent of polar opposition is a moot point. We may express it thus: Duality is polarity, which sets up a magnetic field, which causes impetus about the polar axis, and finally results in spin. Or we may say that spin gives us magnetism, which gives us polarity, and so on. But what most astrophysicists seem to ignore is a foundational truism: Magnetism does not exist without electricity! Remember that when you next look at the Sun. 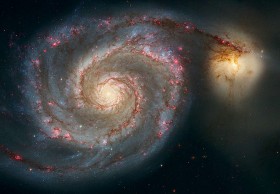 Before we get down to the finer points of electro-magnetic behaviour in ionised gases, let’s briefly scan the heavens. The first thing that struck the telescope pioneers is that there are repeated shapes in every corner of the sky. They saw firstly the preponderance of spheres, then the frequent occurrence of orbits and satellites. The familiar arrangement of the Sun, Earth and Moon was not at all unique. As their powers of observation increased, they noticed stranger things: The rings of Saturn, the multiple moons of Jupiter, and the quirky, spidery form of the so-called “spiral nebulae.”

In a word, it was the shape of cosmic objects that first caught the attention of early instrument-aided astronomers. Once they had got used to the idea that the pastry of the universe was being silhouetted by a familiar set of cookie cutters, they could then turn their attention to ferreting out the ingredients. The principle that they established was that shape is the initial, sometimes intuitive classification of celestial objects. Although the sophistication and detail of scientific measurement in astronomy is now astonishing, we can still find invaluable guidelines in the form that systems take in space, given that oft repeated patterns are unlikely to be coincidental.

There are a few key shapes that need to be focused upon here. The first, and to my eye the most dramatic, is the rotating spiral of billions of stars captured in the web of a galaxy. Look at a spiral galaxy through a telescope and you’re hooked, believe me. If you don’t have access to a suitable telescope yet, don’t worry. The quality of astro-photography images is truly astounding, and we can in the comfort of our living rooms look at incredible detail in images of Andromeda (M31), the oblique spiral Sombrero galaxy (M104), and countless others. Although galaxies come in a wide variety of shapes and sizes, the spinning-top shape with a flattened disk rotating about a central bulge is ubiquitous. Change the scale, and look at a satellite image of hurricane Katrina before it made landfall in New Orleans in 2005. Is that a hurricane or a spiral galaxy? Remove the giveaway ocean backdrop and you’d be hard-pressed to find the answer. They belong to the same morphological class, and one is immediately driven to ask if they are not perhaps caused by the same underlying dynamics.

In the early ‘80’s, Eric Lerner was a science writer struggling with the crazy learning curve of first-time parenthood. Armed with a degree in physics and mathematics from Columbia University, he had gone on to the University of Maryland to pursue his doctorate, but empiricism was in his blood. “…after a year, I left. I couldn’t reconcile myself with the mathematical approach, which seemed sterile and abstract—especially in particle physics, in which I had considered specializing.” After leaving university, Lerner began educating himself in the novel field of plasma physics, which had not been mentioned during his degree course. He took to it like a duck to water, and was soon making important associations of ideas regarding the plasma universe.

In 1981, he began serious research. His collaboration with nuclear fusion physicist Winston Bostick in the ‘70s introduced him to a device called a plasma focus. It was in this machine that Eric Lerner witnessed the occurrence of a plasmoid—a doughnut-shaped vortex of electrical current—and he made a crucial association. In an inspired stream of lateral thought, Eric saw that apart from a huge difference in scale, a plasma focus and a quasar performed identical functions. They both have extremely high concentrations of energy, emit intensely radiant polar jets, and they are both associated with plasmoids. He had dug up the underlying dynamics of the propagation of galaxies. Equally inspired was his next move. In August 1984, he sent a paper detailing the quantitative and qualitative essence of his ideas on plasma galaxies to the one man who could readily relate to such outlandish, non-standard science. Eric Lerner found an enthusiastic ear down in New Mexico.

One of the most lucid and dedicated proponents of plasma physics and its application in astrophysics is Dr Anthony Peratt of the Los Alamos National Laboratory. It’s a pity that Los Alamos has a rather sinister reputation amongst those given to entertaining such things. The cloudy image is probably no more than a legacy of its involvement in World War Two’s Manhattan Project and the clandestine development of the first working nuclear weapons. For me, a person whose most potent personal weapon is a 4-inch “go-to” computer-guided refracting telescope, the salient point is that when the U.S. government needed really advanced science really quickly, it turned to a place like Los Alamos National Laboratory. It is intellectual home to some groundbreaking thinkers, and Dr Peratt is not least amongst them. He has made a huge contribution to the advancement of plasma physics, and his efforts are graphically symbolized by the famous computer simulation he devised to test the theoretical viability of top-down galaxy formation from cosmic plasma.
Dr Peratt was investigating Birkeland currents in his laboratory, and applying known scaling laws to ascertain whether experimental events might be replicated in the wider universe, on the scale of galaxies, for example.

Tony fortunately had access to what was then the most powerful supercomputer in the world, and he decided to embark on an extremely ambitious project. What he wanted to do was set up a computer simulation of galaxy formation from clouds of cosmic plasma, along the lines predicted by Alfvén. It was an enormous task. Peratt’s method was to apply the Maxwell and Lorentz equations describing the interactions between electricity and magnetism to gigantic collections of charged particles. The results were startling. Eric Lerner shows detail of Peratt’s simulations in his book The Big Bang Never Happened and it is difficult to distinguish between the models and pictures of actual galaxies. As a theoretical evaluation of a physical process, Anthony Peratt’s simulations are peerless. Taking experimental results from the laboratory and scaling them up to the appropriate level, he has achieved a fit with observation that is nothing short of remarkable. It seemed that the electrophysicists, namely Tony Peratt and Eric Lerner, had used Alfvén’s groundwork to come up with the most plausible explanation yet seen for the fundamental processes underlying the formation of really big things in space.

Editor’s Note: This is an excerpt from Hilton’s book The Virtue of Heresy. He was the author of the articles EU2014 In the News, which featured speaker and scholar profiles, and has written other material for The Thunderbolts Project(TM).