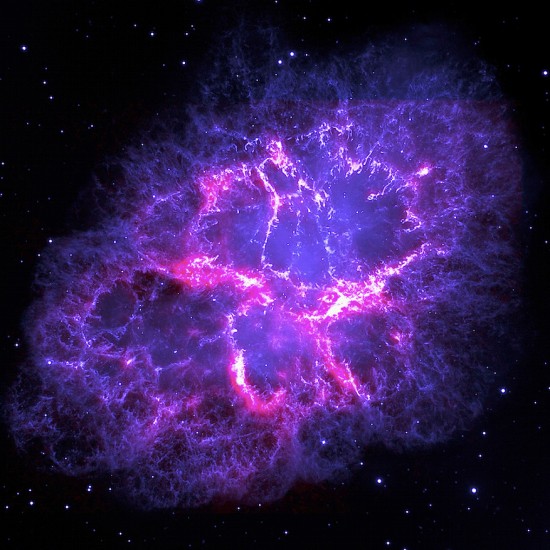 How do supernovae relate to the Sun?

On June 7, 2011 the Sun erupted with the largest plasma event yet recorded by the Solar Dynamics Observatory. SDO was launched on February 11, 2010 into a geosynchronous orbit, with plans for a five-year mission. It is capable of observing the Sun in multiple wavelengths, including extreme ultraviolet. It is also equipped with a Helioseismic and Magnetic Imager that can map magnetic field data.

The Sun’s magnetic field is difficult to detect. According to Dr David Long of the UCL Mullard Space Science Laboratory: “… the Sun’s atmosphere has a magnetic field about ten times weaker than a normal fridge magnet.” However, when situations such as the June 2011 Coronal Mass Ejection (CME) occur, astrophysicists are able to use the increased magnetic field strength to map solar processes more closely.

As the Electric Sun theory proposes, the Sun is a positively charged electrode powered by electromagnetic fields permeating the galaxy. At the farthest limit of its coronal discharge, millions of kilometers from the surface, is a negatively charged region known as the heliosphere: a double layer that isolates the Sun’s plasma cell from the galactic plasma that surrounds it. A voltage difference between the Sun and the galaxy occurs across the double layer, or heliopause boundary sheath. Inside the heliopause a weak, constant electric field is centered on the Sun. Since the Sun’s electric field is weak, overall, its magnetic field is correspondingly weak.

Unfortunately, NASA scientists are not used to seeing the Sun in its electrical guise. Instead, a recent press release is rife with descriptions from the field of fluid dynamics, as if the Sun is a giant drop of oil quivering in space. The massive CME and its subsequent electromagnetic transport of solar plasma are described as “drops of ink falling through water”; and “… a great example of where light and heavy fluids mix”. The conclusion is that the plasma was affected by the Rayleigh-Taylor instability.

The Crab Nebula is said to be the remnant of a star that exploded in 1054 AD. Since it is also thought to exhibit a Rayleigh-Taylor instability in its tendrils, or filaments, SDO mission analysts think that the two phenomena are similar. Matter that is denser that the majority of the Crab Nebula’s structure is said to be “falling back” into thinner gases and dust. Like oil falling through water, the heavier material branches and splits.

As many previous Picture of the Day articles have maintained, supernovae, nebulae, and CMEs are electrical phenomena and are not governed by kinetic and gravitational effects, alone. Plasma behaves in ways that are unfamiliar to most people. Plasma is completely different from a gas. Since more than 90% of the light emitted from planetary nebulae (like the Crab Nebula) is from ionized oxygen, they ought to be identified with oxygen discharge tubes, similar to a neon lamp.

The CME demonstrated that solar explosions are interconnected by magnetic fields reaching out for thousands of kilometers. CMEs typically spew plasma in the billions of tons throughout the Solar System. A signature of CME ejections is an increase in auroral brightness and frequency on Earth. This is because the ejections are composed of charged particles, and are attracted to and follow Earth’s polar magnetic cusps. A few CMEs have been observed to leave the Sun with unexpected acceleration: velocities more than 70,000 kilometers per second have been clocked.

Although the Sun’s electric and magnetic fields are weak, the Sun is gigantic, meaning that electromagnetic forces can act with great impetus. Magnetic fields constrict electric currents into filaments, which twist around each other, forming double layers. Double layers form when electricity flows in plasma, causing positive charges to build up in one region of a plasma cloud and negative charges to build up nearby. An electric field appears between the two regions, accelerating the charged particles. Sometimes, the stored electrical energy in a double layer is catastrophically discharged in a “Langmuir burst.” Those bursts are what are seen on the Sun as solar flares and CMEs.

Perhaps electricity flowing through the Crab Nebula is causing the same phenomena witnessed by SDO. Rather than nuclear furnaces in the Sun initiating CMEs, or a thermonuclear explosion creating the Crab Nebula, both celestial objects should be considered in the light of plasma physics.