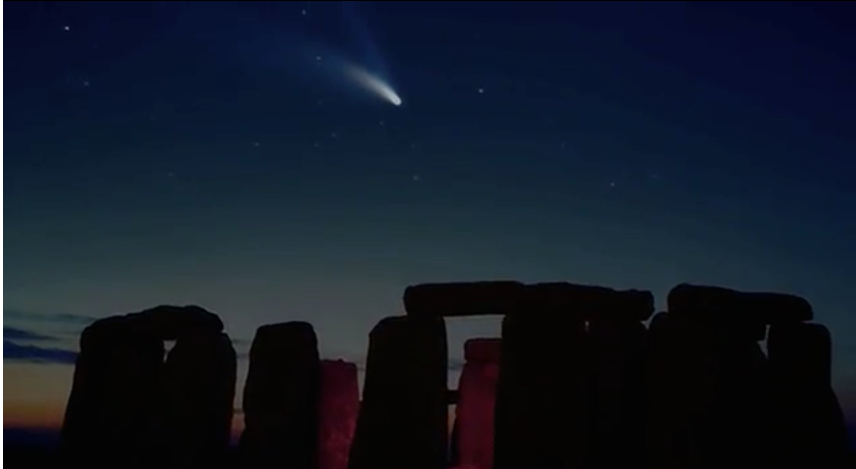 Fair Use: Now More Imperative Than Ever

It’s often noted that the greatest force for scientific progress historically has come from innovative outsiders. And yet, for anyone seeking to explore a new possibility in the sciences today, the obstacles can be immense. Theoretical dogma too often combines with centralized funding to create a virtually immovable cultural conformity. Additionally, very few true innovators will escape the attention of a small subculture of Inquisitors, active at the soft underbelly of institutionalized science and frantic to discredit anyone who questions codified teachings.

We encountered a good demonstration of the challenges after posting the draft of a 90-minute documentary on YouTube, entitled “The Electric Comet”:

The documentary-in-preparation suggested that popular beliefs about comets cannot be correct. Most comets are not the dirty snowballs comet theorists long imagined. They are affected far more by charged particles from the Sun than by warming. The electrical responses of comets confirm that these bodies move through an electric field of the Sun, a consideration with broad implications for both comet science and solar physics.

In introducing the documentary, we expressed our confidence that the facts presented could reach well beyond the science of comets. In the text box beneath the video, we invited scientific criticism:

We ask for your help in inviting scientists and other centers of influence to consider the factual content in this film. For the next 60-90 days we will consider all critical suggestions prior to final editing, and we’ll be especially diligent in addressing any statements of fact that a knowledgeable viewer may call into question. Our conviction is that essential facts, now confirmed by leading investigators, will not allow the institutions of science to hold onto theories that, for too long, have been proclaimed as established science.

The video received an impressive positive response, with more than 50,000 views in less than a month. But then, without any advanced notification, YouTube took the video down.

How did this happen? On July 12, 2013, astronomer Travis Rector of the University of Alaska filed a copyright infringement notice in the name of the National Optical Astronomy Observatory (NOAO). YouTube then removed the video under its automated rules relating to copyright infringement. These rules mean that anyone filing an infringement complaint is effectively ordering the take-down of a video (though that’s only the beginning of the automated process).

In its automated system for dealing with infringement claims, YouTube offers a simple means of automatic reinstatement, but only if fair use is claimed. When we applied for reinstatement, our confidence in fair use was based on well-established legal considerations. Under Section 107 of the Copyright Act 1976, allowance is made for “fair use” for purposes such as criticism, comment, news reporting, teaching, scholarship, and research. In line with this provision, on August 2008 a US District Judge in California ruled that “copyright holders cannot order a deletion of an online file without determining whether the posting reflected fair use of the copyrighted material.”

We consider our documentary to be an exemplary instance of fair use for these reasons:

1) The use is educational, non-commercial, and potentially transformative;
2) The nature of the work is factual, not fictitious;
3) The photo in question played for a total of 5 seconds;
4) By highlighting decades of comet surprises, the video can only enhance both public and scientific interest in comets and add value to the image used, not diminish it.

On August 7, 2013, in response to our counter-notification, YouTube reinstated The Electric Comet documentary. Though the tentative outcome has been encouraging, the experience has highlighted for us the indispensable principle of fair use. It is on the grounds of fair use that we are prepared to go to court, if necessary.

We also desire to bring the fair use issue to the full attention of alternative science communities. Effective challenges to theory will often throw institutional science into a defensive posture, and copyrighting issues can provide a pretense for actions of the sort taken by Mr. Rector. In practical terms, the fair use doctrine has helped to keep the door open for investigative reporting and whistle-blowing wherever new facts raise doubts about—or flatly contradict—an “official” story. Fair use is not just the law, it is the ally of every true scientist, every original thinker, and all who labor to bring transformative facts to public attention.