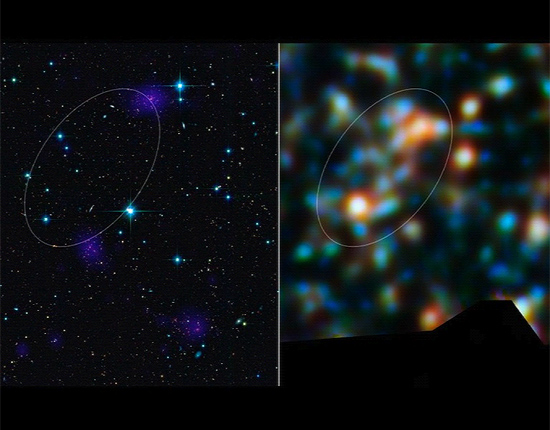 The Herschel Space Observatory possesses the largest mirror ever launched into space: 3.5 meters in diameter. Herschel entered orbit around LaGrange point L2 (behind Earth in relation to the Sun) in July 2009, so that its extremely sensitive, supercooled infrared detectors could be protected from solar radiation. However, Herschel’s helium coolant system is now depleted, so it is no longer sensitive to the longest infrared wavelengths.

According to a recent press release, astronomers working with the Herschel Space Observatory telescope are witnessing the “evolution of cosmic structure” in deep space.