Home Picture of the Day Stars that Warp Space and Time

Stars that Warp Space and Time 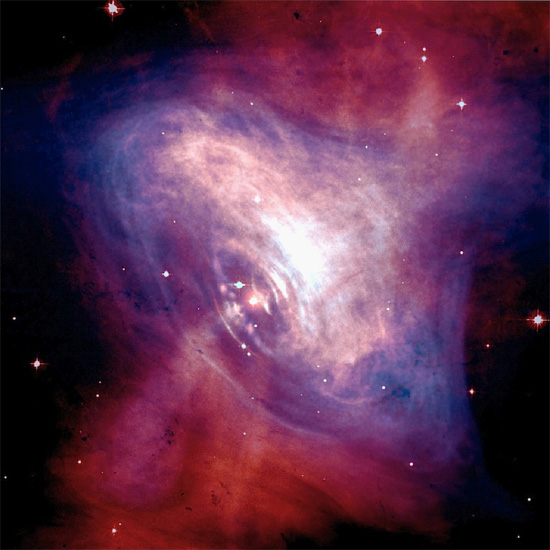 Could there be “warped space-time” around so-called “neutron stars”?

The smeared lines of an iron spectrum have given astronomers another mystery to solve when it comes to explaining the Universe. Using the XMM-Newton and the JAXA/NASA X-ray observatories, high-velocity particles in orbit around Serpens X-1 seem to indicate effects consistent with the Theory of Relativity.

Part of what astrophysicists are trying to understand is the observation of spectral lines from “hot iron atoms” that appear to be orbiting close in to the surface of the neutron star. As interpreted by conventional theory, the spectra indicate that some of the material is moving at more then 40 percent of light-speed.

As the theory suggests, a supermassive object composed of tightly packed neutrons is the only mechanism that could provide the gravitational strength needed for the iron ions to achieve such fast orbits.

In a previous Thunderbolts Picture of the Day, an analysis of neutron stars revealed that the science behind their hypothetical existence does not support the idea of such objects. As has been previously written, a foundational concept in nuclear physics is the “island of stability”.

Plotting the number of neutrons against the number of protons in the nuclei of all elements demonstrates that the ratio is about one-to-one for light elements and one-point-five-to-one for the heavy ones. An atomic nucleus outside the range will spontaneously decay so that it reaches a stable configuration and remains in equilibrium. If there are too few neutrons, the atom will emit protons in order to stabilize and vise-versa. A nucleus, or star, composed of neutrons alone would be completely unstable and quickly decay.

The relativistic velocity of the iron atoms that have been found around the Serpens X-1 stellar phenomenon is most likely the result of acceleration in powerful electromagnetic fields due to an electrical discharge centered on the star. Stars exist as anodes in a galactic circuit that causes the majority of them to blaze in arc mode. So-called “neutron” stars are no different to any other star except that they radiate most strongly in X-rays and their magnetospheres pulsate to give the false impression of a swiftly rotating object sweeping out a beam of  radiation.

Continuing to invent ad hoc conjectures to save theories that do not directly explain new observations will never lead to an understanding of the Universe or the true nature of the “thunderbolt that steers the heavens.” –Heraclitus ca. 500BC.