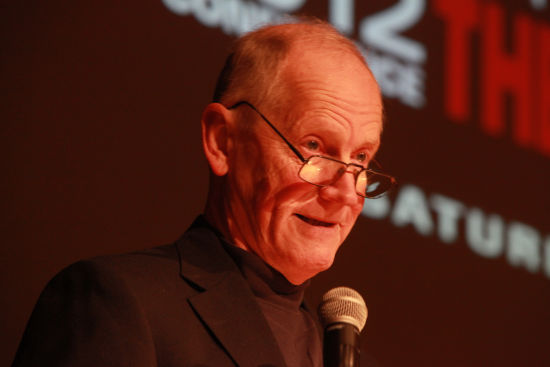 That’s easy to do with a pocket calculator, but the only silicon-based device these old geezers had in their pockets was rocks. It took a lot longer to calculate with rocks. The old geezers looked for a shortcut.

One astronomer noticed that the farther a hunter ran the more fatigued he became and the redder his face got. Simply by measuring how red in the face a hunter was, the astronomers could determine how far away he was. They called it the redface–distance relationship.

With the invention of the telescope, modern astronomers turned their gaze toward galaxies. They noticed that some appeared large and bright, others appeared smaller and fainter. That triggered a primal memory of their ancestors observing hunters running across a plain: Perhaps smaller and fainter were indications of farther away. If only there were some easy-to-measure property that could be associated with smaller and fainter, astronomers could determine the distances to these galaxies.

And they found one! By passing a galaxy’s light through a prism, it would split up into all the unique colors produced by each element that radiated the light. The astronomers noticed that the smaller and fainter a galaxy was, the more the colors of each element shifted toward the red end of the spectrum. They were thrilled. They only had to measure this redshift of a small galaxy to determine its distance.

This validated the ancestral memory. Without bothering to test it, they proclaimed the redshift–distance relationship and went out to celebrate.

This was a mistake. They had forgotten the rest of the redface-distance story.

The Paleolithic defense industry began using the Paleolithic astronomers’ redface–distance relationship to ascertain how close invading tribes were. The Warrior in Chief trained the guards to respond to size and color: small and dark-red meant far away and therefore low alert—keep chewing on your burgers; large and light-pink meant nearby and therefore high alert—grab your spears.

One day a tribe of pygmies from the other side of the plain painted their faces dark red and attacked the Paleolithic astronomers’ mountain.

That is why there are no Paleolithic astronomers left today.

When modern astronomers went out to celebrate the redshift-distance relationship, Halton Arp stayed behind. He looked more closely at some of the peculiar galaxies, and he noticed that a lot of small, faint objects with much higher redshifts seemed to cluster around them. What if, he wondered, these high-redshift objects are nearby and really are smaller and fainter? What if they’ve somehow just painted their faces red, intrinsically?

“Hey, guys,” he called out, running after the celebrants. “Guess what I found.”

But they didn’t want him to spoil their party: So they closed the door and locked him out.

Today, the small, faint, redshifted—and nearby—objects are popping up all around us, even in front of some of the big, bright galaxies. They portend an invasion of new theories, and the modern astronomers are lying in the sawdust drunk on their hasty conclusion. The few who didn’t join the party now have an opportunity to take a sober second look.

[This address was first given during the Electric Universe 2012: The Human Story, Jan 6-9, Las Vegas, NV.]