Home Picture of the Day The Many Faces of Venus

The Many Faces of Venus 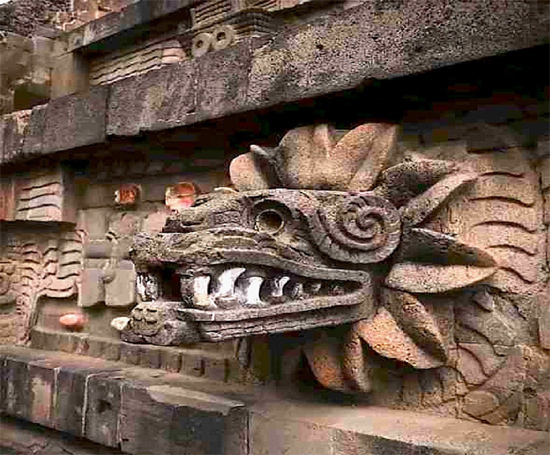 An image of the Aztec (Nahuatl) deity, Quetzalcoatl, another version of Venus. Sculpture from the Temple of Quetzalcoatl at Teotihuacan city.

Venus has been known by several names across the ages, invoking both passion and terror.

Since 1962, 22 different missions have been sent to the planet Venus. Beginning with Mariner 2, which flew by the planet, and ending with Venus Express, Venus has had the largest number of targeted missions, other than those to the Moon.

Venus has been the inspiration for extreme human emotions in the past. Mythological tales from all over the world describe the planet Venus as a goddess, possessing both a beautiful and a terrifying aspect. Venus has been called “creator” and “destroyer” over the ages, leading several Electric Universe associates to publish books and videos about the influences it has had on past civilizations.

One of the most important points in Electric Universe theory is that our Sun and Solar System are in a state of dynamic equilibrium. At some point in the recent past, Venus, Earth, Mars, and probably most other rocky bodies, experienced an increase in their electric fields, as well as in their magnetospheres. Many of them either extended plasma tails of such length and strength that they engulfed other planets and moons, or they entered unstable orbits that brought them into dangerous proximity to each other. Perhaps both situations existed.

Whether it was due to the Sun’s electrical output causing plasma discharges among its family of celestial bodies, the adoption of a new primary, or the entry of a foreign object into the Solar System, some influence created scars in the form of craters and rilles that provide forensic evidence pointing to a cosmic catastrophe.

Venus exhibits many signs of that recent catastrophe: filamentary cracks that extend for hundreds of kilometers, giant formations called “coronae” that are accompanied by massive fracture zones, branching out like carved lightning bolts, and vast caldera (mistakenly referred to as “pancake domes”), with upraised rims and glassified, crazed interiors.

In past Picture of the Day articles, various features that are common to electric discharge events were itemized: craters with wide, flat floors and steep sidewalls that are often terraced; sinuous channels, or canyons, with vertical side walls, scalloped edges, no outflow debris, and flat bottoms; mesas with forty-five degree “shoulders,” and escarpments that are often etched with parallel, vertical grooves; dual-ridge faults with no sign of strike-slip and sometimes with other faults cutting across them at ninety degrees. All of those structures are seen on Venus.

Theories of how Venus was formed and how its surface was blasted and abraded must include the ways that electricity behaves in various circumstances. In the high density atmosphere of Venus, electric arcs will carve out topography similar to that found elsewhere in the Solar System, but it will bear unique attributes. For example, highly energetic discharges will leave deeply entrenched formations, as well as swirling structures called “arachnoids” that bear a resemblance to “spiders” found on Mars, but are far larger and more pronounced.

Realizing that all the planets and moons we have explored are probably marked by catastrophic events from a recent past will guide our research toward a more appropriate understanding of why they exhibit such conventionally odd morphology.