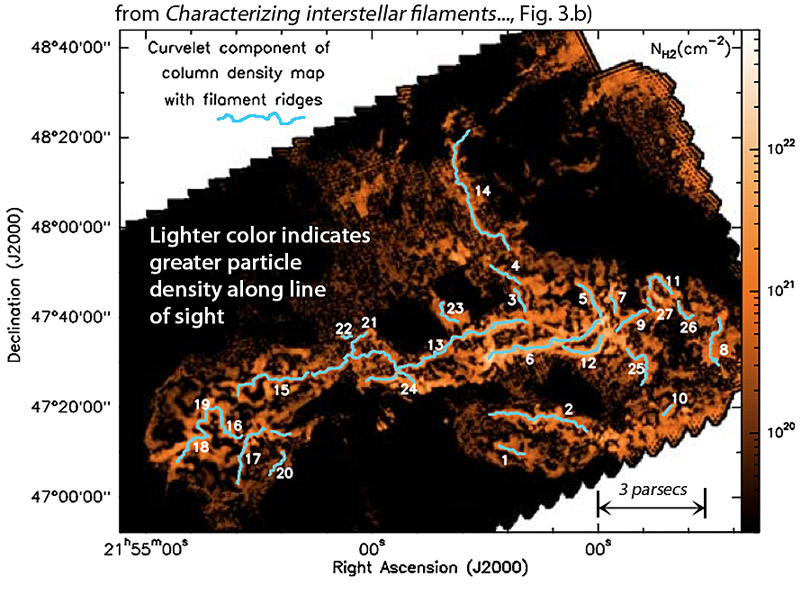 A study of a network of filamentary star-forming regions in infrared wavelengths showed star formation clustered along the centers of turbulent filaments (blue lines in annotated figure). Characteristic interstellar filament width is ~ 0.1 parsec (1/3 light year). The authors note that “if large scale turbulence [instabilities] provides a plausible mechanism for forming the filaments, the fact that prestellar cores form in gravitationally unstable filaments suggests that gravity is a major driver in the subsequent evolution of the filaments.” The EU approach notes that many plasma instabilities observed in space have been created in plasma labs on Earth, but mention of of such mechanisms are seldom found in the peer-reviewed science press..