How will the spheres around SN1987a evolve?

How will the spheres around SN1987a evolve?

While looking at Emanuel Swedenborg's model of planetary formation on another thread, I noticed a similarity between his diagrams and description, and the appearance of Supernova 1987a.

He theorized that planetary formation was the result of stars that had undergone bright outbursts and expelled primary materials, which subsequently formed into orbs surrounding the star. 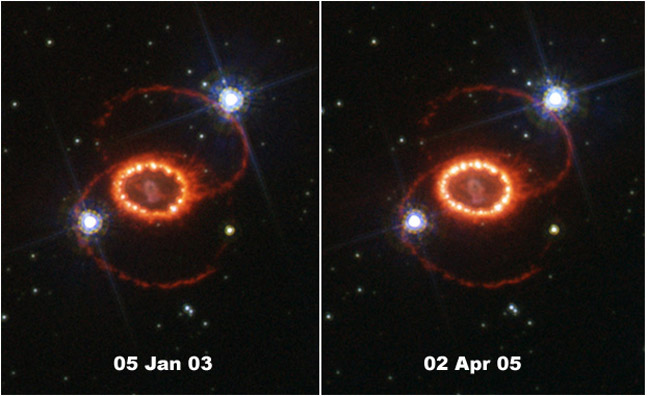 And that raised the question about how these spheres will age. If they are electrical pinches as described in Wal Thornhill's paper, then is it possible that they will scavenge and concentrate dusty materials from the surrounding space and become more solid?

(Or alternatively, that they may age, and with more input from the stellar wind of their primary star, develop a more stable atomic structure?)

Perhaps there is a possibility that we are witnessing planetary formation or some other rapid process, even if not of gas giant planets.
“Oh for shame, how these mortals put the blame upon us gods, for they say evils come from us, when it is they rather who by their own recklessness win sorrow beyond what is given…”
~Homer
Top
Locked
1 post • Page 1 of 1